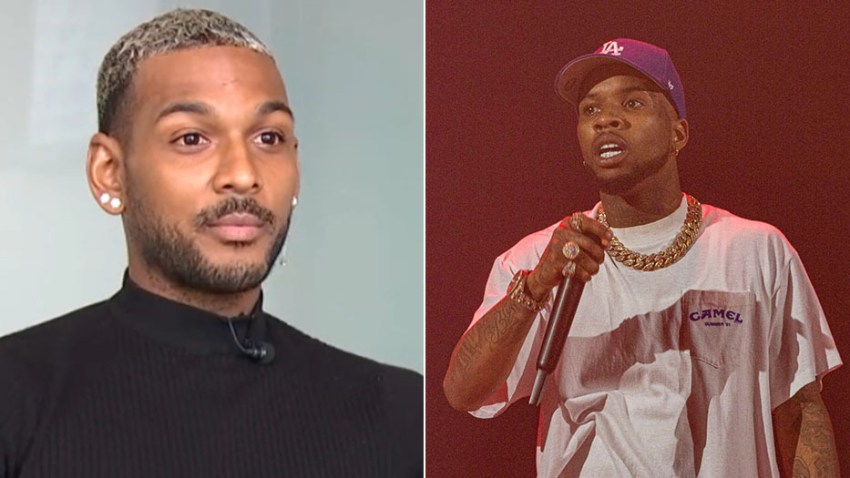 So apparently this little fella has an anger management problem. Tory Lanez has been sued for a reported assault inside of LIV Nightclub in Miami in November 2019.

Tory Lanez was previously riding high early quarantine, entertaining folks with his Quarantine Radio live-streams but, after a house party in the Hollywood Hills, everything went tremendously downhill for him.

As you all surely know, the rapper has been named by Megan Thee Stallion as her shooter, allegedly firing a weapon at her as she attempted to leave their shared vehicle. Tory has not spoken about the incident, likely for legal reasons, but it looks like his life just got a whole lot harder because he’s just been sued for an unrelated incident.

It’s not a good time to be Tory Lanez. According to TMZ, the Toronto native has just been sued for an alleged nightclub assault in November 2019. The man suing him, Christopher Harty (aka Prince from VH1’s ‘Love & Hip Hop: Miami,’ claims that Tory “beat him to a pulp” inside of LIV Nightclub, which is one of the hottest spots in Miami. The assault apparently started after Tory “verbally antagonized” Harty before things escalated and the rapper threw several punches, landing one. His security team then jumped in, apparently also beating him down.

The lawsuit was accompanied by a five-second video of the assault, which is reportedly not clear.

Harty says that he was left with blunt force trauma to his head, neck, chest, and back and multiple contusions and bruises to his body.

Obviously, this is not a good time for Tory to be accused of something of this manner. It’s never the right time to be faced with assault charges but, considering everything happening with Megan, this is just salt in the wound for Lanez.