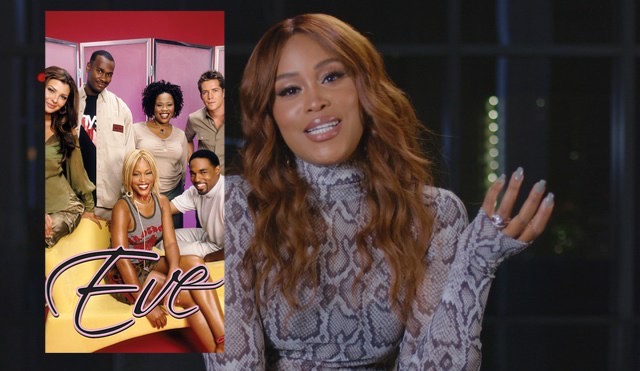 Sounds like the pit bull in a skirt was a pit bull in these streets. The rapper once starred on her own show but admitted that she often showed up late and didn’t take things as seriously as she should have.

We just saw her share intimate details of her Ruff Ryders rise, and now Eve is sitting down to talk more about her personal and professional life. This weekend, Eve will be featured on Uncensored as she discusses what marriage has been like with a blended family in England as well as some of the accomplishments and pitfalls of her career. In the early 2000s, from 2003 to 2006, Eve starred in her own self-titled sitcom on the UPN network—a show that even had a theme song performed by Missy Elliott. While discussing her hit series on Uncensored, the rapper shared that the show’s cancelation may have had much to do with Eve’s propensity to party and show up to set late.

“Having my own sitcom was everything… it was pressure, it was fun, it was stressful, it was amazing,” the rapper said. “I was the youngest at the time of the cast, and a lot of them were just getting married, just buying their first house or like, just having babies. I was still going to the club trying to get to set at 9:00 a.m. Trying to get to a table read, which was…don’t do that, ever.”

Eve said she’d been used to the rap star lifestyle on the road, performing shows, and going club hopping. It was a struggle for her to adjust from that lifestyle to one of a television actress.

“When the show ended, it was definitely heartbreaking because at that time. We had done three seasons and we were family at this point,” said Eve. “I do believe a lot of it had to do with the fact that I was trying to kinda straddle both sides of my life. Still trying to hold on to kinda hanging out. And I was late a lot. That’s not cool. You know, I do think a lot of it had to do with my actions at that time, and I do think about it sometimes. When I look back on it, I’m like, wow. I don’t believe in regrets, but that is one time in my life where I feel like I wish I would have taken it a little more seriously than I did.” Watch the clip of Eve’s appearance on Uncensored below.