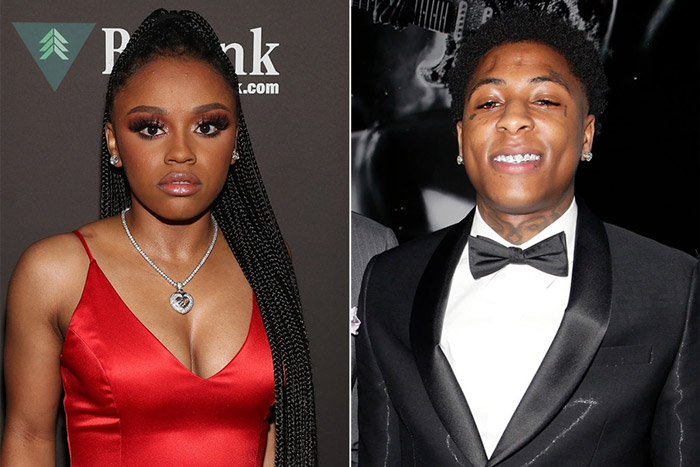 After literally slicing and dicing the girls whilst fighting for his love has Yaya Mayweather finally freed herself from Youngboy’s harem?

NBA YoungBoy content seems to be never-ending as the rapper is holed up in Utah. Since gaining his freedom, YoungBoy has jumped on Clubhouse to speak about his new love for wearing makeup, released several new singles, announced a new mixtape, and dropped lyrics that caused a ruckus among his Rap peers. His girlfriend even recently shared that she treated him to a bubble bath and as they enjoy one another’s company under house arrest, Yaya Mayweather is dropping off an update about her relationship status.

It was just about this time last year when Yaya gave birth to YoungBoy’s son, and while their on-again-off-again romance reportedly ended some time ago, there have still been rumors about the potentiality that they will get back together.

On Instagram, Yaya made it clear that she’s doing just fine without someone by her side.

“Single & Happy” is read in an Instagram Story post. “I can’t have no relationship cause the way my chest and stomach is set up… Ion like dat [weary face emoji][crying emoji][crying laughing emoji].” She also added, “Yea that’s why I’ll just stay single [skull emoji].”

Meanwhile, Yaya is still facing a case after YoungBoy’s other baby mama claims Floyd Mayweather’s daughter stabbed her. Check out Yaya’s post below. Good to see she’s finally being smart about the situation and seemingly out of YoungBoy’s rotation. Thoughts?