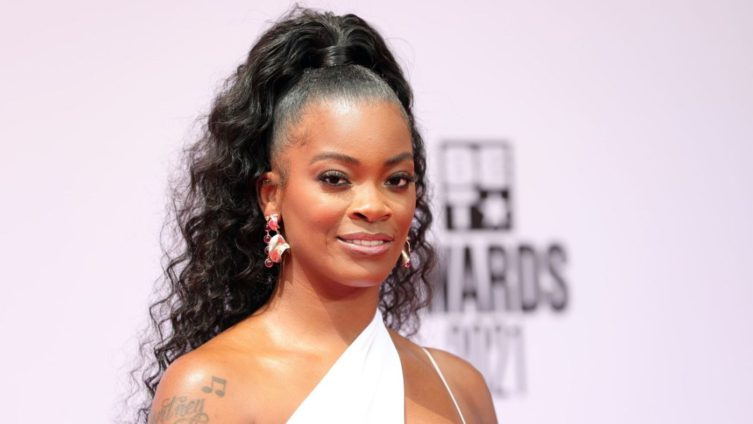 I feel like every other week we’re starting to see these stories pop up about male podcasts hosts beginning to disrespect women.

Ari Lennox is feeling understandably disrespected. The “Pressure” singer tweeted and deleted a post about never wanting to do an interview again after facing some controversial questions from Podcast and Chill host Macgyver ‘MacG’ Mukwevho.

Apparently the interviewer has been known to “stir the pot with his line of questioning,” catching his guests off guard with unexpected and sometimes inappropriate inquiries.

When discussing one of her early singles called “Pop,” MacG saw the opportunity to make a reference to some of her lyrics. The song’s outro finds Lennox singing “If you really love me / I’ll f*ck you good / F*ck you good, f*ck you good / Treat you how you should,” so he pondered if anyone is f*cking her right now.

“Oh my God…whoa there!” she replied, leaning into the camera with visible concern spreading across her face. “That’s a wild question. Why ask it that way? ” MacG then pointed out that Lennox herself said it first in her song.

Today, (1/21) Ari tweeted “and I’m never doing another interview again,” although it was deleted shortly after. In another removed post she wrote, “I been on this sober high for weeks. Genuine gratefulness and happiness. But then… men. Every time… never fails.”

She later came back to Twitter and made it clear that it was certainly this interview that made her feel this way and firing back at critics who suggested there was nothing wrong with the question because of her lyrics.

“Just because I happily and freely sing/write about sex don’t make any kind of creepy disrespect warranted. I clearly was in immense shock and hate that I didn’t react differently,” she tweeted. Honestly, she’s right. I feel like as an interview you have to be able to read the room and also read the person you’re interviewing. While the question may have flown over well with some, clearly it didn’t for Ari and when it was noticed that she was uncomfortable with it.. that should have been it.

Take a look at the clip as well as Ari’s tweets below and let us know what you think. Was the interviewer out of line?

I’m just like… why was I alone on a call full of people? Why didn’t anyone intervene? And why wasn’t parts of the interview destroyed like the team promised? Why did it happen to begin with? I just feel slow and ambushed and blindsighted.

Just because I happily and freely sing/write about sex don’t make any kind of creepy disrespect warranted. I clearly was in immense shock and hate that I didn’t react differently.

But fuck it! I don’t want anyone feeling sorry for me. I’m tired of the narrative. Exhausted. I’m good I promise. But as for interviews I’m not doing them anymore. There’s enough lives and interviews out there already.

I’ve been my most happiest creating music and exploring life sober. I’m not allowing anything to tamper with my peace anymore.

There’s definitely nothing fake about my gay thanks

Ari Lennox was shook at how crass that question was. How does that boy not have media training or some fkng manners. Jesus Christ

I don’t care how many times Ari Lennox sings about sex, people have no right to ask her about her sex life. Consuming and enjoying an artists art does not mean you know them. It also doesn’t mean you can violate their boundaries. You are still a stranger to this person.

Ari Lennox is complaining about MacG, because of something she said herself on her own song. So it's not disrespectful to sing about nasty stuff and sell your music to People including children but it's wrong being asked about it ? pic.twitter.com/ha1MfqPfUA

You have the chance to interview Ari Lennox and this is the angle you're gonna take? Embarrassing. https://t.co/Zzs3dxcvaJ