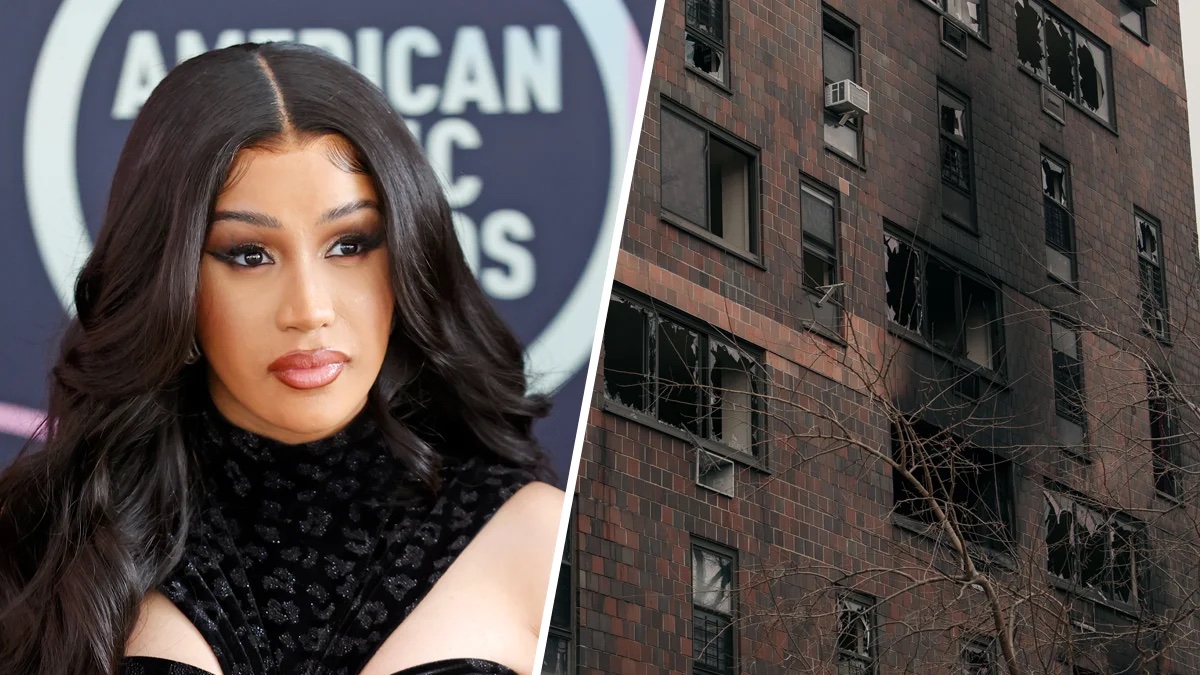 One thing about Cardi, the girl is genuinely humble and has a heart of gold. Many have shown support for her decision in covering funeral costs for all the victims of the historically deadly Bronx apartment fire. Now, has one man in particular who sadly lost 5 relatives in the blaze wants Bardi to know she’s his “angel.”

Cardi B is providing support for the families who lost loved ones in the tragic Bronx fire earlier this month. The deadly fire occurred on Jan. 9th in a 120-unit complex in the Bronx, claiming 17 lives with many more being hospitalized. NYC fire officials believed that a broken space heater was what caused the fire. However, two doors that were left open inside of the building are what allowed the smoke to spread across the complex. Building regulations state that those doors should’ve been closed and investigations are now looking deeper into why those rules weren’t followed.

Earlier this week it was announced that our girl Cardi B would be covering funeral costs for the victims of the fire, in partnership with The Mayor’s Fund to Advance New York City. “I cannot begin to imagine the pain and anguish that the families of the victims are experiencing, but I hope that not having to worry about the costs associated with burying their loved ones will help as they move forward and heal,” she said in a statement. “I send my prayers and condolences to everyone affected by this horrific tragedy.”

Haji Dukuray who’s niece was killed in the blaze, along with her husband and 3 children spoke with the folks over at TMZ where he wanted to publicly thank Cardi for this heartfelt gesture. Haji, who used to drive 200 miles from his Delaware home to see his niece and her family in the Bronx told TMZ that Cardi is an angel and his family can’t thank her enough for what she’s done. He says it’s a huge help to his family to not bear the financial burden … and he’s sending Cardi blessings for stepping up to help so many people she’s never met.

Never one to take all the credit, Cardi also posted a video to her Instagram story where she let people know there’s much more work to done and referenced may others who have been stepping up around the situation as well such as Fat Joe, Remy Ma, DreamDoll, and NYC’s major radio stations.

Take a look at the videos along with information on how you can contribute to relief of these victims below: