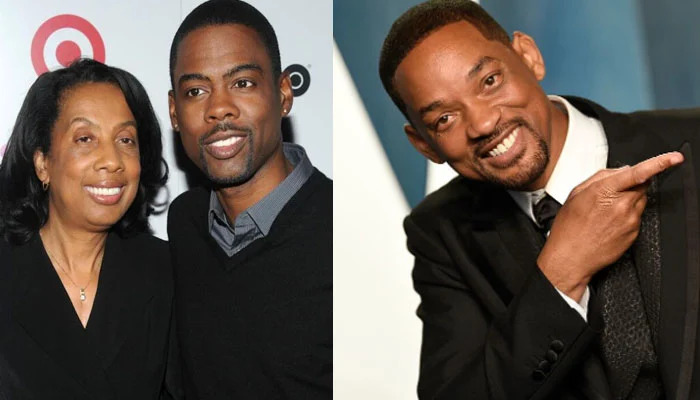 Girl, I took a week off and the internet still can’t stop talking about the slap heard around the world. Apparently even Chris Rock’s mother has decided to step into the chat to defend her baby by coming for Will’s neck.

The slapping incident involving Will Smith and Chris Rock has sparked heated debates and conversations since the notable ceremony back in March. The comedy community has rallied around Chris Rock after he took a slap to the face during the recent Academy Awards. And despite the Fresh Prince icon having apologized to the comic for his actions, the backlash continues. The Academy has issued its punishment, and it will be another 10 years before the Oscar-winning actor will be able to attend any events connected with the organization. Meanwhile, Rock has yet to make a formal statement about the incident but he has touched on the topic during his shows.

Reports by the Hollywood Reporter’s Senior Film Editor, Rebecca Keegan, confirmed that “Chris Rock has not yet issued a statement. There is a statement going around purporting to be from Rock that is not from him, per his team. It’s the one that starts, ‘As a comedian, it can be difficult to understand.” However, a close family member of his, Chris Rock’s very own mother, has decided to chime in on all of the chaos.

On Friday, Rose Rock sat down for an interview with local South Carolina news station WIS-TV, she shared her thoughts about the slap and revealed that the incident not only affected Chris, but apparently her as well. “You reacted to your wife giving you the side-eye, and you went and made her day because she was mulled over laughing when it happened,” Rose told WIS’ Billie Jean Shaw.

“When he slapped Chris, he slapped all of us. He really slapped me,” she said. “Because when you hurt my child, you hurt me.”

Now, I think we can all pretty much agree that as his mother, that’s a natural feeling and I know my mother would feel same… though I doubt she’d be conducting interviews about it. I’m in a torn position when it comes to this whole thing because while I do feel there’s a time and place for everything, I also feel like that many are being hypocrites by sitting and acting like in tense situations like these that they always sit back and think about the “best approach,” before acting…that man was defending his wife. Also, he’s apologized and been penalized by the academy, so I’m a little confused with what all these people speaking out really want to happen.

Take a look at what Rose Rock had to say below and let us know what your thoughts.