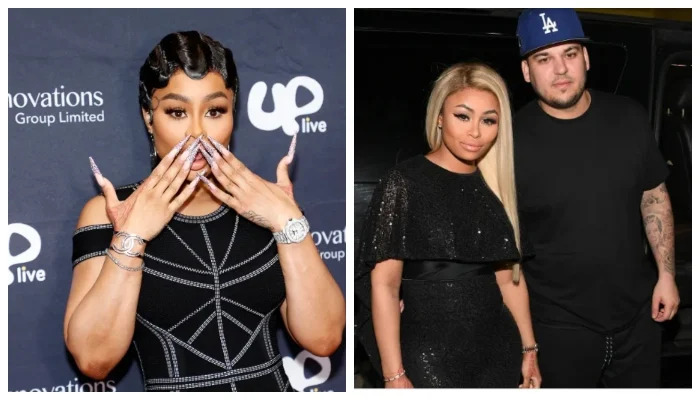 You know what, now that I think about it… it is probably is very telling that Chyna wasn’t able to get her own show with another network other than Zeus after ‘Rob & Chyna’ ended.

The trial between Blac Chyna and the Kardashian/Jenner family has already been extremely messy and it certainly has been no private matter. Day after day, information from the legal battle has been revealed on social media. Users have heard about the 33-year-old “jokingly” putting a gun to Rob’s head, Kris Jenner sending text messages about Chyna, and it even got out that Kim’s sex tape was brought up during the case.

Now, according to sources, it’s been said that the television show, Rob & Chyna, was allegedly never going to have a second season. Jeff Jenkins, the executive producer of the series, took the stand virtually from his home on Friday and claimed that the show was not going to be renewed.

He stated that networks like BET, Lifetime, VH1, and MTV had no interest in giving Chyna her own show. Jenkins also noted that he didn’t vouch for a second season due to the chaos that existed between the former couple. Initially, he believed the series would do well because of how happy Rob and Chyna were when he had first met them.

Jenkins said the couple was encouraged to seek therapy but that suggestion fell on deaf ears. Jenkins added that while filming that they were so “disgusted” with each other that they couldn’t be in the same room. He said due to their turbulent relationship, he didn’t want to continue to back the show. “I would not pick up this show,” he testified. “There was no more Rob and Chyna.”

What I think is most interesting here, is more people seem to be focused of Chyna sticking it to the Kardashian’s rather than the fact that her case doesn’t make much sense. Had it not been for Chyna’s relationship with Rob.. this show would not have existed. With their relationship becoming extremely toxic by the end of it, with lawsuits, restraining orders, and physical harm taking place by the end of it…Where would shooting a second season seem like a good idea or even feasible? Anyway, I don’t feel like tussling with y’all today so we’ll see how this continues to play out. The next hearing for the trial is set for Monday, April 25. Thoughts?