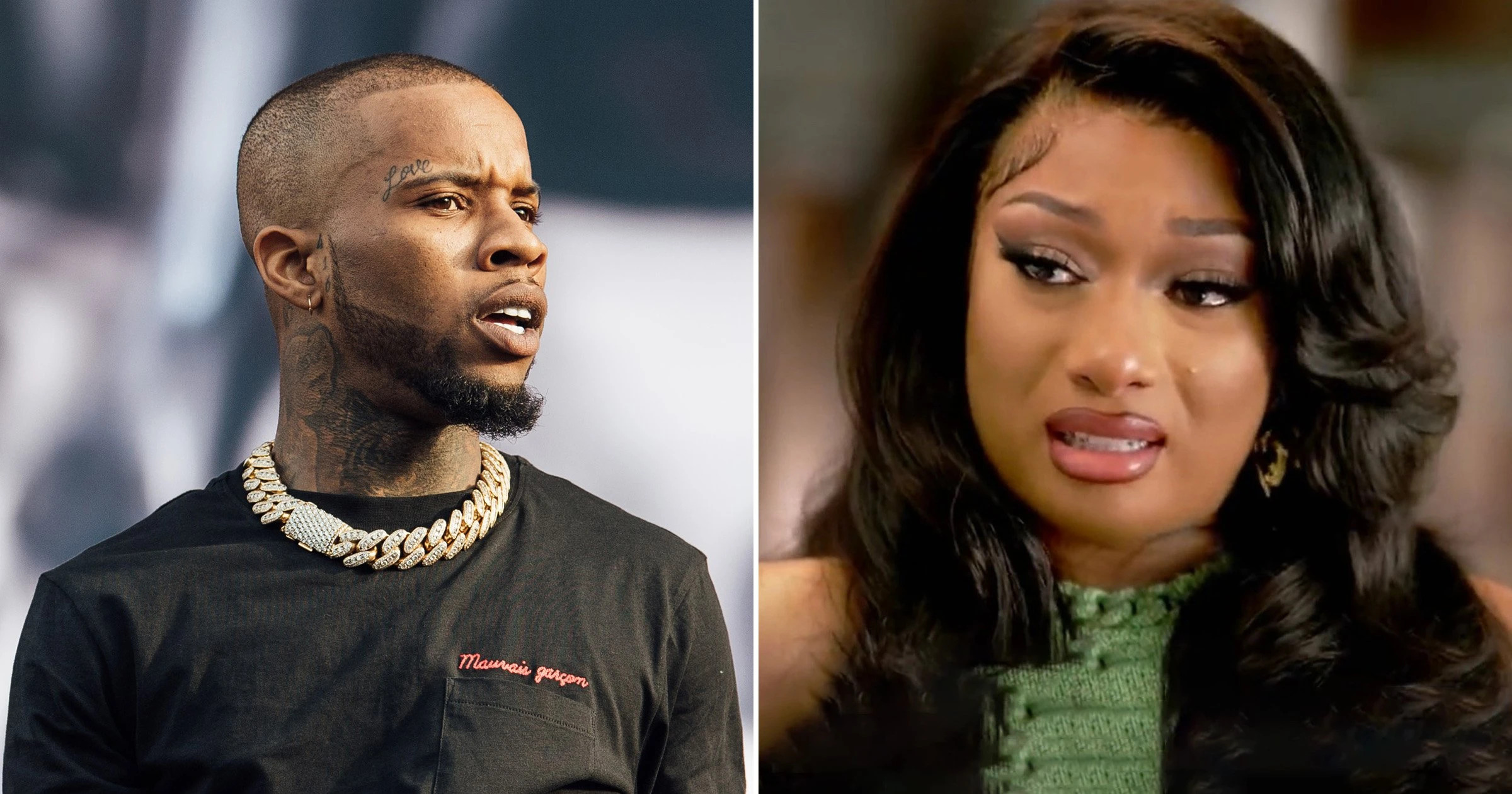 Chile, it’s Sunday and from the looks of things I can already tell you this coming week is going to get spicy.

It appears it’s time for Megan Thee Stallion to speak her truth. It’s been nearly two years since Miss Tina Snow was shot in the foot after leaving a Hollywood party – an incident that resulted in pint-sized rapper Tory Lanez being hit with two felony charges, one for assault with a semiautomatic firearm, and another for carrying a loaded, unregistered firearm in his vehicle.

Yosemite Sam, I mean, Tory has maintained his innocence throughout the duration of the ongoing legal proceedings, although an LAPD detective testified that Lanez allegedly apologized for shooting the Houston native in the foot after the incident.

As fans continue to wait and find out exactly how things will play out in the courthouse for the two recording artists, the “Savage” singer has been busy performing at Coachella, and, during her time offstage, sitting down with CBS’ Gayle King to give her first TV interview surrounding the 2020 incident.

“It was an argument because I was ready to go, and everybody else wasn’t ready to go,” Megan explains in a recently released teaser clip ahead of Monday morning’s premiere. “But that’s like normal friend stuff, we fuss about silly stuff all the time.”

“I never put my hands on anybody, I never raised my voice too loud, like this was one of them times where it’s like it shouldn’t have got this crazy,” she recalled before breaking down exactly what happened on that fateful night. “Everything just happened so fast,” the Hot Girl Coach shared.

“All I hear this man screaming is, ‘dance, b*tch,’ and he starts shooting, and I’m just like ‘oh my God…’ like he shot a couple of times,” the 27-year-old told King, also mentioning that Lanez was allegedly “standing up over the window shooting.”

Thee Stallion admits that at the time, she “didn’t want to move too [quickly]” out of fear of being shot (potentially fatally) in a major organ or artery. “I was really scared because I had never been shot at before,” said Meg at the end of the clip.

Take a look at the preview below and let us know your take on this whole thing. With the little guy having a recently re-inforced protective order against him from speaking against Meg it’ll be interesting to see if he’s able to contain himself after this airs.

Tory Lanez pleaded not guilty to an assault charge related to the alleged shooting. pic.twitter.com/iYDZdkOAMm