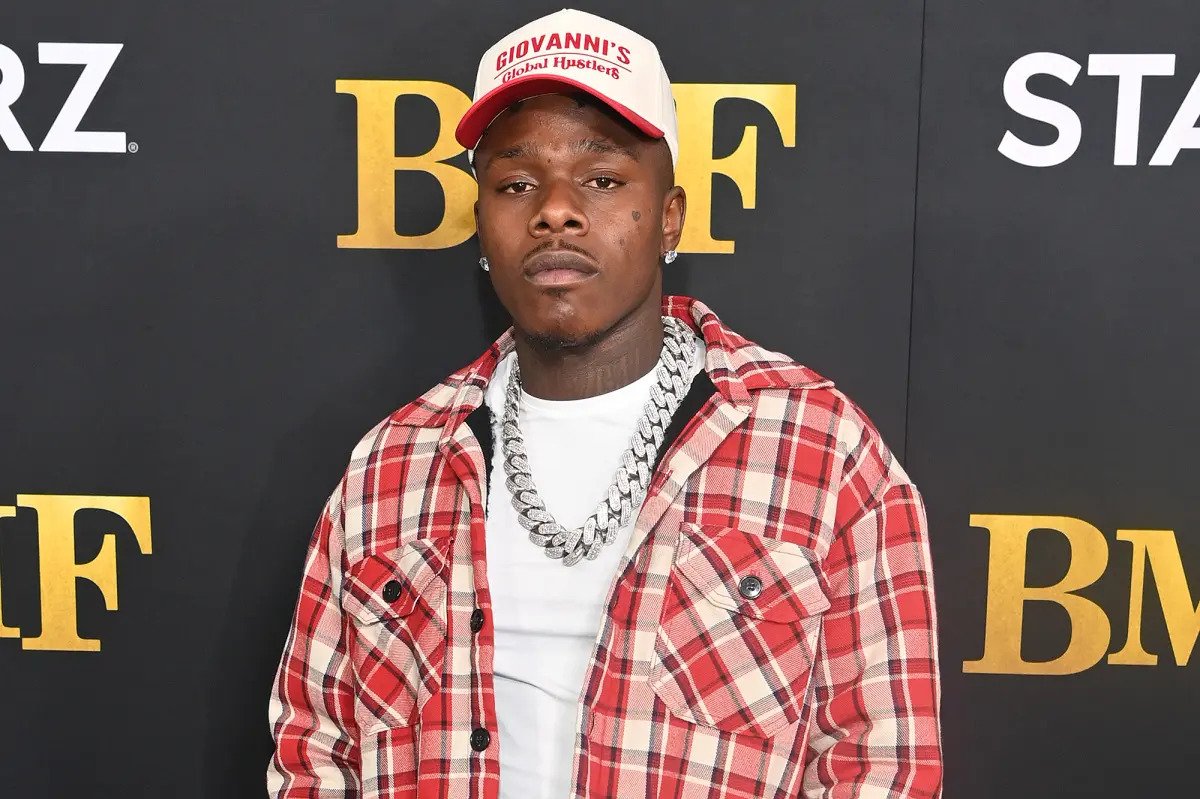 You know, being on DaBaby’s PR team has to be one of the most stressful jobs in America because is always caught up in DaDrama. This little menace to society stays in some mess, doesn’t he? DaBaby claimed self-defense back in 2018 after killing Jaylin Craig in a Walmart… but this footage determine, that may be a lie.

It’s never been a secret but somehow it managed to get skipped over that back in November of 2018, DaBaby was at a Walmart in North Carolina where he was with two children and his then-girlfriend Mariah Osborne. While browsing the aisles, DaBaby claims a man came up to him and drew a gun. The man in question was 19-year-old Jaylin Craig, who was eventually killed by DaBaby. Given the rapper’s retelling of events, it’s clear that he was trying to convey that he was simply acting in self-defense, and had he not shot the man, his life would have been in jeopardy.

Eventually, DaBaby was able to escape murder charges as the court found he was, indeed, acting in self-defense. Since the shooting, however, Craig’s mother, LaWanda Horsley, has been adamant that her son did nothing wrong. Craig’s friend, Henry Douglas, who was with him at the time of the shooting, is also saying DaBaby allegedly started the whole thing.

This information comes from an investigative report, courtesy of Rolling Stone. The publication released newly-obtained surveillance footage that shows DaBaby lunging at Douglas before Craig comes in to break up the fight. From there, the angle changes, and all we see is DaBaby pull out his gun and shoot Craig.

While speaking to Rolling Stone, Douglas reveals that he and Craig spotted DaBaby in the Walmart, and Douglas simply wanted to see if it was really him. After passing by the rapper a few times in an aisle, the rapper got upset and had some words for them. “That’s what eventually started it; when he took it the wrong way,” Douglas said. “We were trying to see who you are, and he took it as somebody is looking at him with a problem.”

Douglas then explains that DaBaby wanted a fight with them and eventually instigated the ordeal by allegedly lunging at him with his back turned. Douglas went on to say that he never saw Craig draw a gun. This little piece of information is contradictory to what various witnesses said during the case, as there were a few people at the scene who claim they did, in fact, see Craig draw a weapon.

With this new evidence coming to light, not only has this caused many online to give Baby the side eye but Craig’s family believes there is now serious doubt surrounding DaBaby’s self-defense claims. They want to see justice for their loved one, and they also want to see the rapper held accountable.

Cuz the media got they ass brainwashed https://t.co/CIPgIcfypW

Dababy's lawyer every other week: pic.twitter.com/IiKoOZevS9

People are mad AT Jaylin Craig’s family (the 19 year old DaBaby shot and killed in Wal Mart back in 2019) for wanting justice. Is our culture REALLY that damn toxic to where…FAMILIES ARE WRONG FOR WANTING JUSTICE ….?????????????

You clearly see Jaylin Craig pull his gun out and walk towards the fight. I’m not a Da Baby fan but y’all not about to try to end his career. This what the media does to black men and y’all eat it up. https://t.co/WTKmXMSORO

From the footage, the rapper appears to be the initial aggressor in the situation. To Jaylin's family, the video footage raises some serious questions; most important, would Jaylin Craig still be alive if DaBaby hadn’t thrown the first punch?