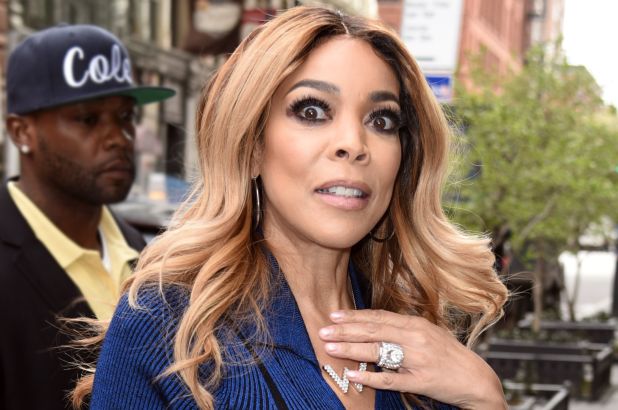 Some updates are coming in regarding the current condition of Wendy and unfortunately things are sounding as bad as we thought.

Last week, after Wendy Williams announced she would be forced to cancel upcoming promotional activities due to “ongoing health issues,” the host of The Wendy Williams Show also tested positive for COVID-19 in what a statement posted to her Instagram page called a “breakthrough case,” insinuating that Williams had gotten the virus despite being vaccinated. Multiple statements were posted on the wendyshow’s Instagram page, one declaring Williams would be back hosting the show on September 20 and another, following the COVID diagnosis, stated that the show’s 13th season premier would be pushed back to October 4.

One day later, however, Williams found herself facing further health issues. On September 17, it was reported that Williams was voluntarily hospitalized and undergoing psychiatric evaluations. TMZ reported that Williams had been struggling with “mental health issues for some time,” and today, the folks over at The Sun were provided with more information which could potentially provide some clarity in this situation.

According to a source close to Williams, the daytime talk show host is struggling with alcoholism and is “in need of serious help.” Reporting that Williams was drinking every day up to her voluntary hospitalization, the source claimed that the people around Williams are to blame.

“Everyone is an enabler because they don’t want to lose their job,” the source said. “They see it, they know it, they smelled the liquor.”

Continuing on to mention Williams’s 2020 stint in a sober house, the source laid everything out in the open, explaining just how bad this situation is.

“Wendy drinks every day,” they said. “She’s an alcoholic. A bad one. She doesn’t need a talk show, she needs help.”

Williams has acknowledged her struggle with addiction and alcoholism in the past but this most recent report from a source close to situation sounds as dire as ever.

What are your thoughts on this Wendy Williams situation? Our prayers are with Wendy hoping she’s comes out on top of this stronger tha ever.