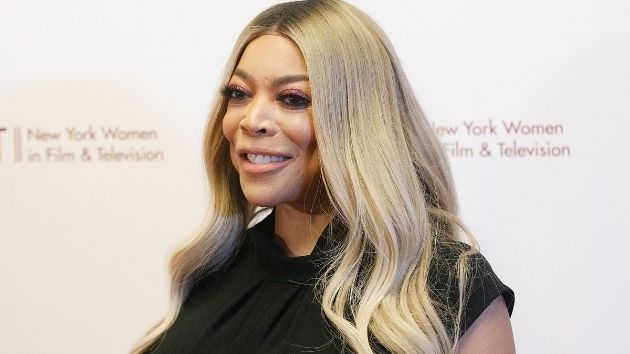 Just a little over a week ago, we saw all types of reports about Wendy’s health. While some damn near killed the lady off, others claimed she was no longer able to walk and bound to a wheel chair, so Wendy literally decided to go for a stroll and let us know exactly “how she’s doin.”

Wendy Williams provided another update on her health for fans while being videotaped leaving a wellness center in Miami, earlier this week. Being the gossip queen herself, I’m sure Wendy has seen the different reports going around, so I’m almost certain this little moment was set up by she and her team to try and calm a bit of that noise. Williams says she’s “doing fabulous,” amidst ongoing health problems that are keeping her from hosting her daily talk show.

A video surfaced on social media showing ‘The Wendy Williams Show’ host being escorted out of a facility in Miami, surrounded by her team and family. In the footage, Williams is asked if she is “sad” about her talk show being “canceled” — but, she ignored the question. It should be noted, the show itself has NOT been officially canceled and has continued on with fill-in hosts and guests while Wendy receives medical treatment.

The good news, Wendy responds to the photographer about what we can expect from the star once she is healthy and healed — saying “lots more Wendy stuff.” In the video, Wendy looks to be in good spirits and sends a message to her fans that she is “doing fabulous.”

The footage comes on the heels of reports that show producers are not planning on having Wendy return to the show, and are looking for a permanent replacement to take over. Interestingly, network executives are claiming they aren’t having an issue with her being gone, and actually are enjoying an increase in the ratings with fill-in hosts and since she took a leave of absence. Michael Rapaport, Jerry Springer, Sherri Shepherd, and more have all filled in as guest hosts. With reports even suggesting that Shepherd is currently being considered to permanently take over Wendy’s purple chair.

Take a look at the footage of below and let us know your thoughts on all of this? Now, obviously Wendy isn’t at a point where she can go dancing back on stage tomorrow, but this is nice to see in. contrast to the recent reports we’ve seen about her health. Personally, I don’t want to see anyone on the Wendy Williams show but Wendy Williams and as someone who’s followed her work for so long I truly hope she gets through this and can continue to deliver as she has for years. What do you guys think? Do you think there is indeed more Wendy on the way?