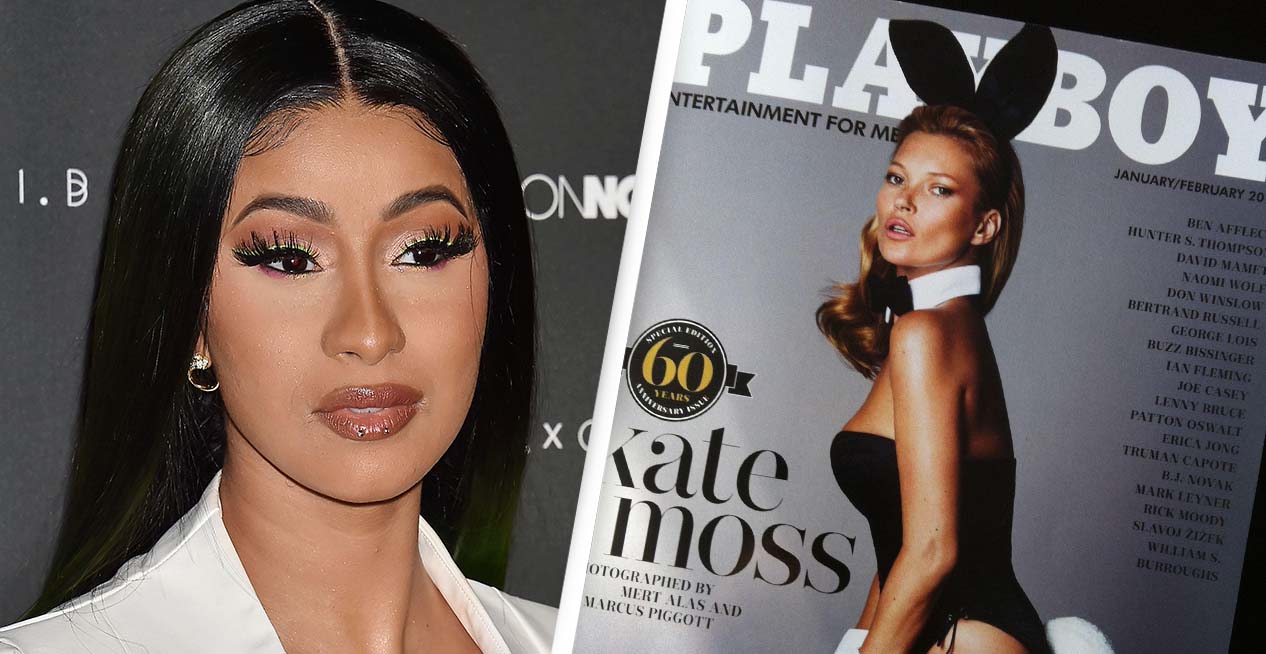 Bardi is definitely closing out 2021 with a bang and we truly love to see it.

Our girl Cardi B has been making all the right moves to cement her as one of hip-hop’s most profitable moguls. After explaining in an interview earlier this year that her goal is to cultivate a billion-dollar brand in line with heavyweights like JAY-Z and Rihanna, Bardi is putting in the work and making all the right moves behind the scenes to get there. The Bronx-native has already released her own dolls, launched her own Facebook Watch series Cardi Tries, and is set to star in her first feature-length film. She has also seen massive success with big brand collabs such as her sneaker/apparel deal with Reebok and the her Fashion Nova collaboration that sold out in minutes, along with her line of vodka-infused whipped cream Whip Shots, which literally sold out within minutes of being released just yesterday.

Now, she continues to show no signs of slowing down as Playboy has revealed that Cardi will take over as the brand’s first-ever creative director. In the role, she will focus on providing direction with co-branded fashion, sexual wellness products, digital editorial content, and more.

“For as long as I can remember, I’ve felt connected to Playboy. It’s truly the original platform for uncensored creativity and I’m inspired by its incredible legacy of fighting for personal freedoms,” Cardi said in a press release, according to the NY Post. “I have so many ideas already – I can’t wait!”

The brand added: “In her new role as Playboy’s first-ever Creative Director In Residence, Cardi will provide artistic direction across co-branded fashion and sexual wellness merchandise collections, digital editorial, experiential activations and more. In addition, Cardi B will serve as the Founding Creative Director and a founding member of Playboy’s upcoming creator-led platform, CENTERFOLD.”

With CENTERFOLD, Playboy says they aim to “revolutionize” the creative world. This is so major and is honestly shaping up to be the perfect partnership on both sides. Cardi is already forming ideas and even took to her Twitter account following the announcement to see take fans suggestions of what women they’d like to see featured on the platform. Help us congratulate Bardi on this major move and check it all out below:

Ya girl is now the FIRST EVER Creative Director In Residence at @playboy!!! What a dream!! im getting the party started as the Founding Creative Director and a founding member of CENTERFOLD the new creator-led platform from @playboy. I'm so excited for everything that's coming 😏 pic.twitter.com/drz12FLfuC

I run this shit like cardio. 💎✨🐰
Today is a Playboy milestone: we couldn’t be more excited and honored to welcome our first ever Creative Director in Residence, the icon, @iamcardib to the family.
Photography by @tomasheroldhttps://t.co/9ElUwxUj5O pic.twitter.com/kFSgkF3Vhn

I can’t believe I’m the creative director at playboy!!! Soooo much things I want to do!Which artist would y’all love to see on some sexy shit on the cover of playboy?

That’s cool but that’s not the direction I’m going for .Sometimes we will be putting models on the covers.I want the OLD PLAYBOY! I want sexy ,fantasy a world of beauty and imagination. https://t.co/lgsZiVbFio