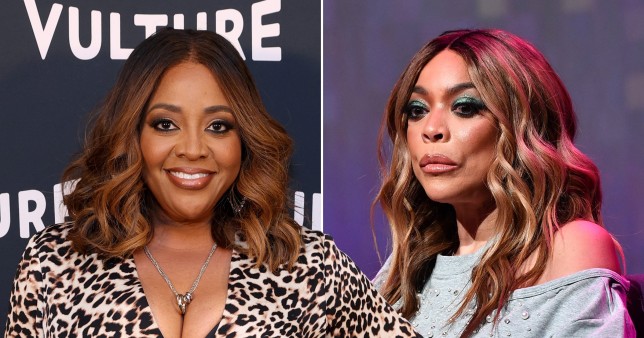 Honestly, the way this whole thing has been handled is extremely disrespectful to a television icon like Wendy anyway, so I don’t even think it should be up to the staff, as it should be if SHE wants to come do it the right way. Some employees are sad to see Wendy go, while others are rushing her out the door.

Wendy Williams has been on television for over a decade. During her show, which has aired since 2010, the media personality would interview the hottest celebrities, spill gossip not many people knew, and even give her audience advice.

Unfortunately, though, it seems that all things must come to an end. Due to her health problems, the 57-year-old has been away from her show for months. But, Sherri Shepherd was able to take her place as she focused on her well-being.

However, what was supposed to be a short hiatus, turned into Wendy’s show getting cut altogether. It was reported that in June of this year, the show, which ran for 13 seasons, will be ending– “The Sherri Shepherd Show” will take over for it.

With Wendy’s show wrapping up soon, her former employees are trying to figure out how they’ll end it off. According to Page Six, one staffer said, “There’s talk [of how to say goodbye] and a lot of people on staff feel like there should be a tribute to [Wendy] or some kind of farewell.”

The source also added that many want the host to return for the final episode due to all the “fond memories” they have of her. In fact, there’s actually a group of people who don’t want to see her leave at all. “People want her to come back… A lot of people — especially the mid and low-level producers — signed up for the job because of Wendy. It feels like it’s just going to end [without her]. It’s weird,” said the worker.

But of course, there are some employees who can’t wait to cut ties with Wendy completely. Another source told the media outlet, “There have been days where people thought they wouldn’t have a job because she wouldn’t show up to work, so this idea that there’s some conundrum? No.”

They continued by adding, “She held the fate of almost 125 staffers’ ability to care for their families [in her hands]. They’re glad they finally have some security in their life [with Shepherd’s show].”

What do you guys think of all this? Should Wendy be allowed to give us a farewell of the show she literally built? Should she even want to at this point? Because it all seems so shady…