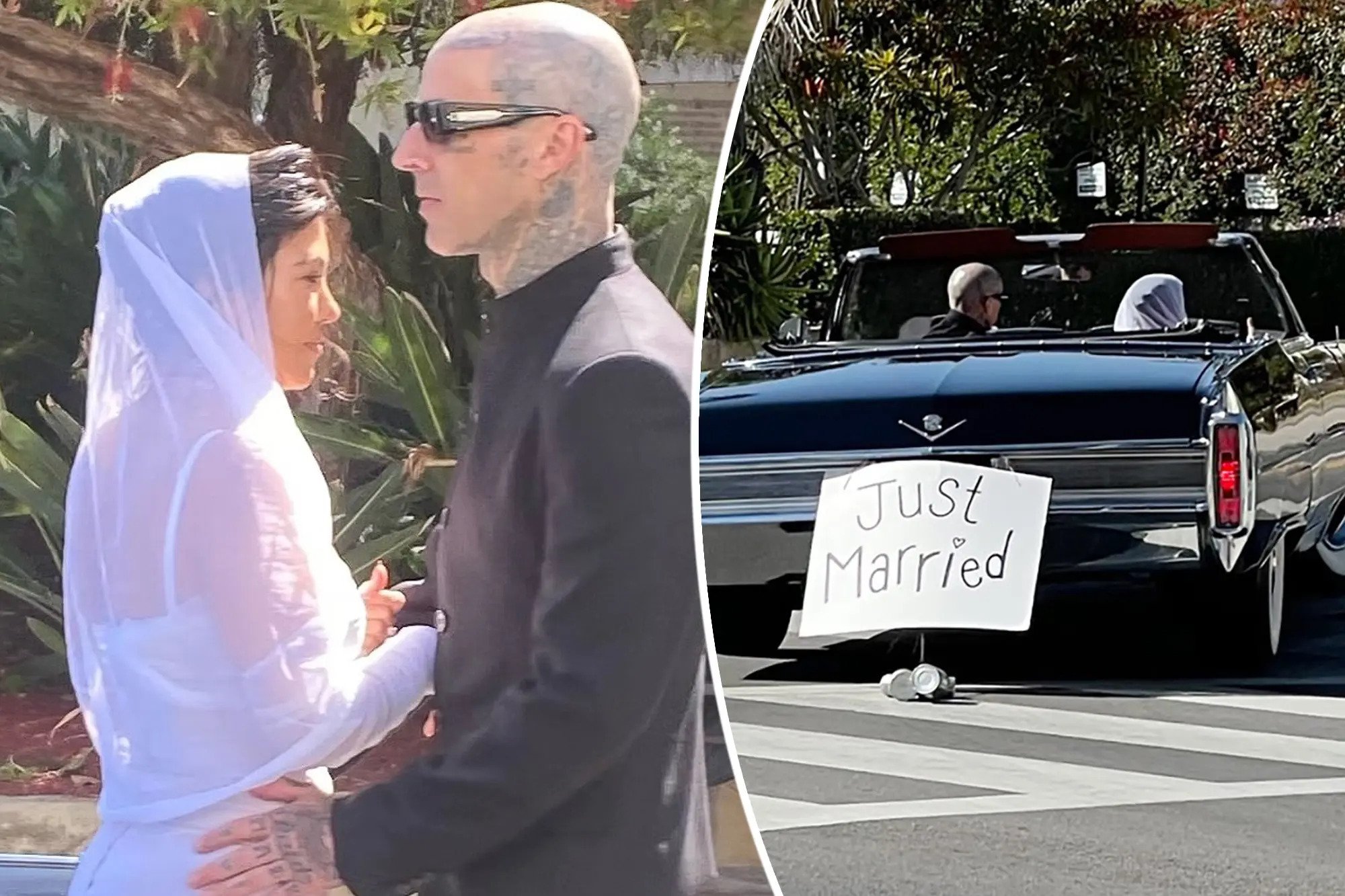 Alright, somebody go check on Scott because Kourtney Kardashian and Travis Barker are have officially tied the knot.

It’s been a little while now since we found out Kourtney Kardashian was letting drummer Travis Barker go pa-rum-pum-pum-pum on that a**, now she’s marching with her little drummer boy forever as the two are officially married, according to a new report from TMZ. The couple tied the knot at a ceremony in Santa Barbara on Sunday.

Kardashian and Barker could be seen in traditional bride and groom outfits exchanging vows outside of a courthouse. They left the location in a black lowrider convertible with a sign reading “Just Married” draped from the front grill.

Back in April, the couple sparked marriage rumors after staging an impromptu ceremony in Las Vegas; however, Kardashian later confirmed that they were not legally wed at the event.

“Once upon a time in a land far, far away (Las Vegas) at 2am, after an epic night and a little tequila, a queen and her handsome king ventured out to the only open chapel with an Elvis and got married (with no license),” Kourtney captioned the pictures, before hinting that the wedding wasn’t far off. “Practice makes perfect.”

The two announced that had begun dating with a post of the two holding hands in February 2021. Barker proposed to Kardashian in October 2021 at Rosewood Miramar Beach hotel in Montecito, California.

Barker has previously been married to Melissa Kennedy and Shanna Moakler, while this is Kardashian’s first marriage. It’s good to see Kourtney finally finding happiness after the shit show she and Scott Disick went through for years. Take a look at some photos from the event below: