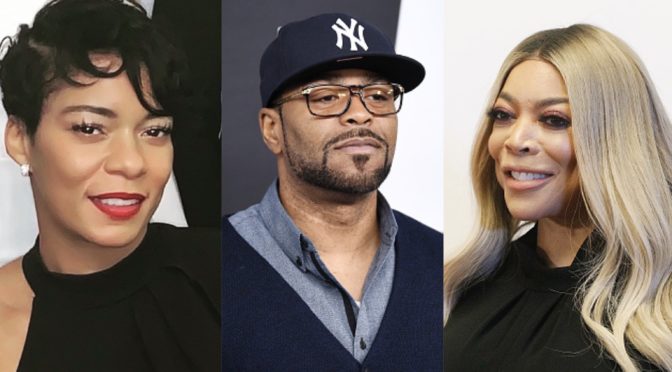 Method Man’s wife wants all the smoke that Wendy took in with her today.

Wendy Williams is all over the news lately as a result of her new biopic, in which she reveals details of her relationship with hip-hop legend Eric B, basically saying he left her broke, stole her rental care, and that she aborted his baby. Of course, there are also the allegations that have tied over from last week, in which the legendary talk/radio show host claimed to have been intimate with Method Man during a one-night-stand back in the day.

“The only thing I did… I smoked a blunt with Method Man while I gave him a bath and it was a one-night-stand,” she said during a recent interview, offering some of the details about how they linked up and claiming that they went “all the way”. Method Man’s camp had decided to leave this issue be until Monday, with the rapper’s wife finally breaking her silence about Wendy’s nonstop tormenting of her family.

Today (February 1), Smith decided it was finally time to address the chatter and didn’t mince words when it came to defending her husband of over two decades. Taking to Instagram, Smith touched on what initially caused the rift and why she believes Williams is simply desperate to revive her career.

“For years, I kept my silence while Wendy Williams launched constant verbal attacks against my husband, myself, and our family,” she wrote. “In the past, I ignored her lies, innuendos and blatant attempts to provoke us. But Wendy has proven again and again that she is incapable of any decency. Her obsession with our lives has reached a new low. And I’m tired of taking the high road.”

She continued, “In an obvious attempt to increase ratings for her sad biopic, her struggling TV show, and her burnt out career, Wendy has once again targeted my husband. It’s a pattern that she has repeated for years. When I was diagnosed with cancer years ago, Wendy shared my personal medical information with her listeners live on the air during her radio broadcast. She didn’t care that she was violating my right to privacy, or that I hadn’t shared the news of my diagnosis with my family and friends yet. She never apologized, never expressed any regret whatsoever.”

While I do totally understand why Method and Smith would both be upset with Wendy, I do also think saying her career is on life support etc…is quite a bit of a stretch. What do you guys think of this mess?