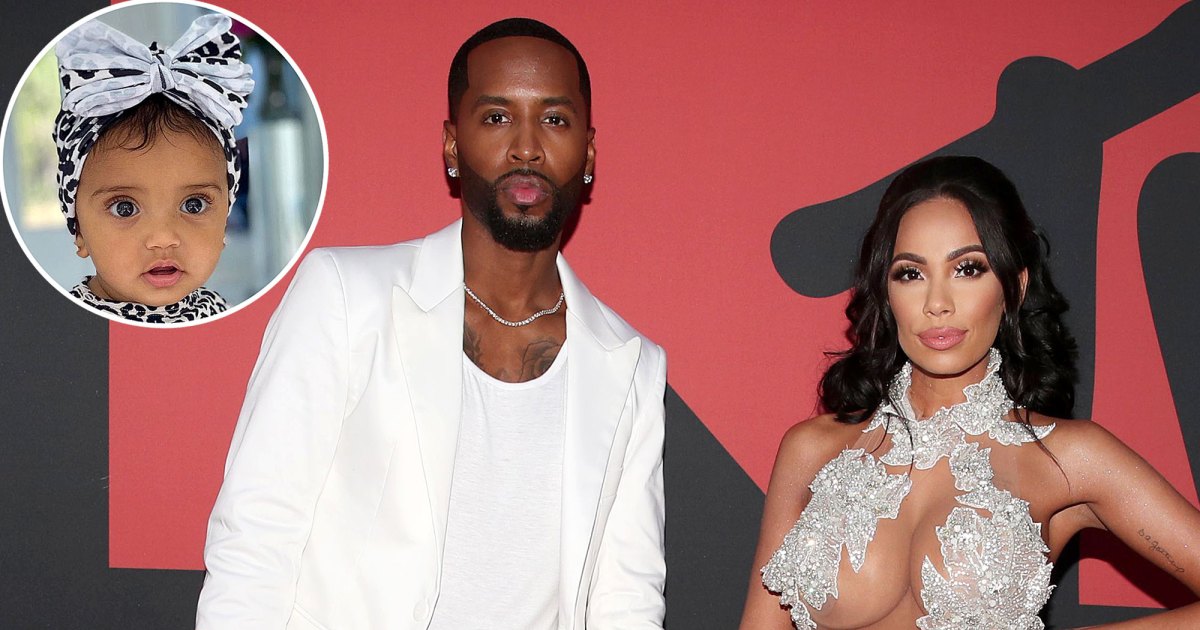 Sometimes it’s better to just not say anything at all…the internet quickly began to drag Safaree and his big old slong for his comments clearly made without thought.

A Love & Hip Hop couple that has truly been through it has been Safaree Samuels and Erica Mena. The two reality stars exchanged “I dos” in 2019, and they’ve been settling into the married and parental life nicely. They welcomed their daughter, Safire Majesty, into the world last year, and while Erica would love to continue growing their family, Safaree is more hesitant to move forward.

This storyline was played out on a season of Love & Hip Hop New York, but they revisited the topic on a recent episode of Love & Hip Hop: Secrets Unlocked. “But tell them why you don’t want another one,” Mena said to her husband. “Cause I got ‘too big’ during my pregnancy… You say it all the time. You mentioned my stomach afterwards. You said, ‘You got too big, I got too big. I don’t want to be fat, again.’ That’s what you said.”

After some prodding from their co-stars, Safaree apologized to Erica and called her perfect, but she questioned why he doesn’t want more children with her if she’s everything he’s ever wanted. Safaree answered that he’s open to more kids, but they should “let someone else carry it.” That wasn’t what Mena wanted to hear. Check out the exchange below along with some reactions. What do you think of Safaree’s comments? Honesty? or disrespecting your wife?

Safaree telling Erica that they can’t have no more kids cause she got too fat is exactly why I say looks are one thing but it’s not the persons looks that’s gonna go through life raise kids and support you it’s their mindset. Suppose sumn happen where she ill and gains weight ? pic.twitter.com/OezbLDomu1

Safaree told Erica Mena that he didn’t want anymore children because she got too big during pregnancy. I-

Safaree straight up told his wife Erica Mena he doesn’t want to have another kid with her because he doesn’t like her body when she’s pregnant & he’ll only do it if they have a surrogate. WOW

Safaree telling Erica Mena that he doesn’t want anymore kids because she got too fat having the last one is really the sickest shit ever. Imagine risking life & limb to birth a nigga’s big headed ass baby & he tells you that pic.twitter.com/9jjQY3KG5y