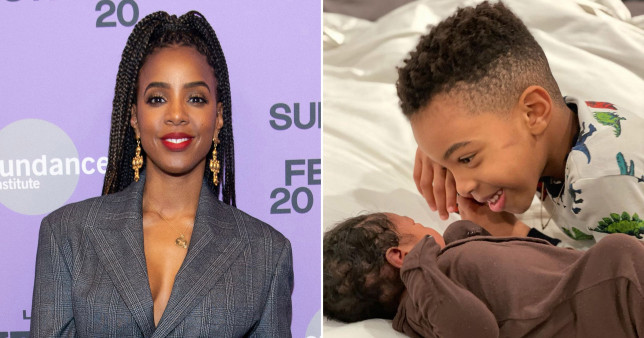 Destiny’s Child member Kelly Rowland just had another child of her own, a “7lbs., 8 oz,, 19in” baby boy by the name of Noah Jon Weatherspoon.

Kelly Rowland spent the formative years of her singing career as a member of the R&B quartet (then trio) Destiny’s Child. With that said, it looks like her destiny for children has proven to be a bright one now that she’s officially given birth to her second son, Noah Jon Weatherspoon.

After showing off some photos with a stunning pregnancy glow as of late, Kelly has officially popped as of nine days ago. She made the announcement on Instagram a few hours ago, posting a photo of the newborn and his big brother, six-year-old Titan, with a caption that reads, “On the 21st day, of the 21st year, of the 21st Century, Noah Jon Weatherspoon Greeted us! We are truly grateful.” The post was capped off with the details of birth, listing his birthdate as January 21, 2021 at 8:13PM, weighing in at 7lbs., 8oz and 19 inches.

As mentioned earlier, this isn’t Kelly’s first run-in with motherhood. The Simply Deep singer and her husband, Tim Weatherspoon, gave birth to their first son Titan back in 2014, just six months after getting married in a Costa Rica wedding. To see their love going strong almost a decade later, in addition to adding a new addition to the squad, is an inspiring sight to see.

Although fans may feel like Kelly Rowland has been dropping more babies than albums lately — her last official project, Here I Am, dropped in 2013 before she even had her first kid! — the wait may be over now that she’s got the hang of playing mommy. Take your time though, Queen!

Get a look at Kelly Rowland’s baby no. 2 birth announcement below. Congratulations Kelly!