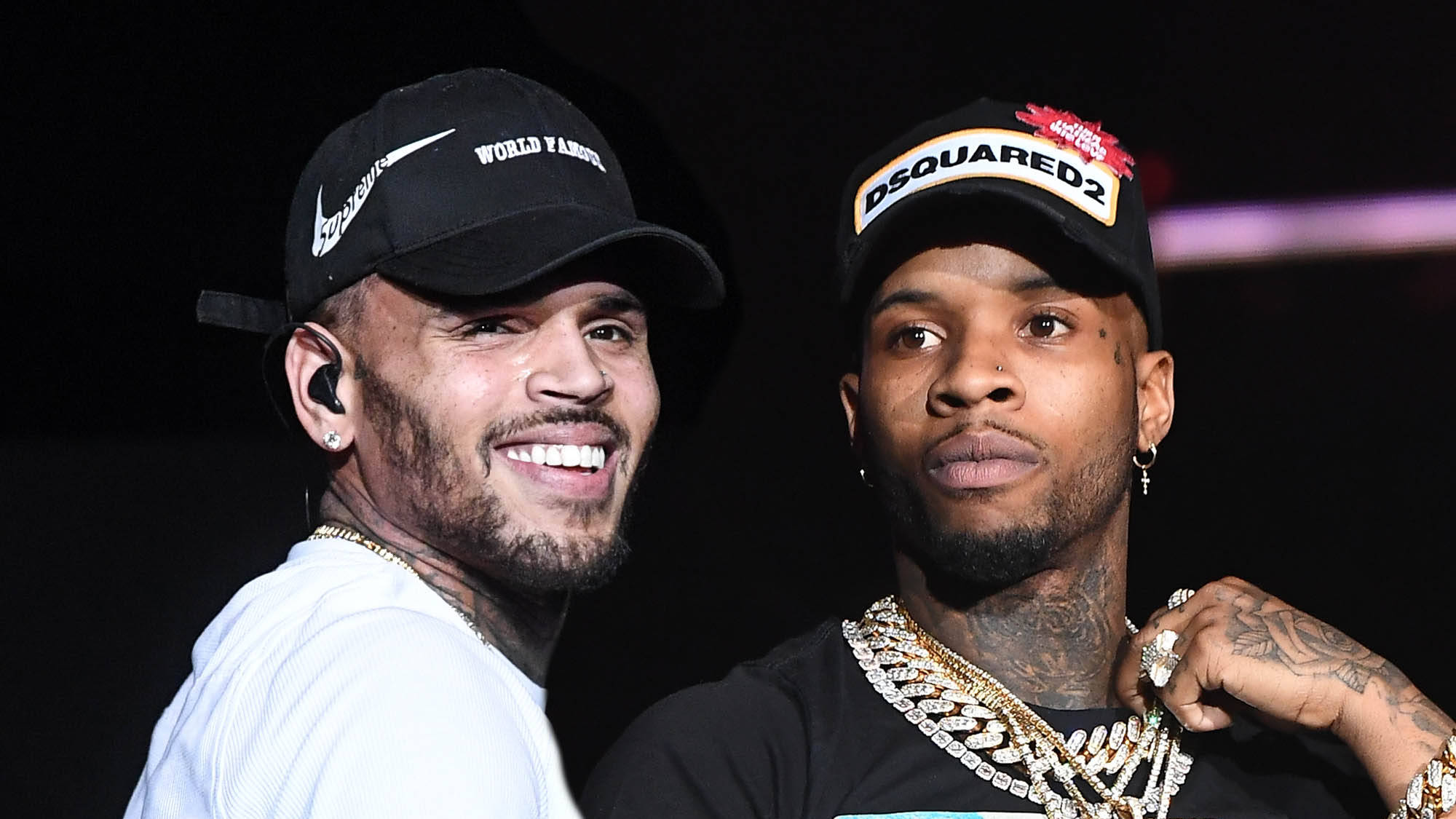 Tory Lanez claims he has something in the works with Chris Brown and it seems people are torn on how to feel.

Pint sized Tory Lanez’s lucky charms have been covered in controversy over the past few months in light of allegations from Megan Thee Stallion, claiming that he shot her in the foot. Since that time, Lanez has received a ton of criticism, while others have continued to support the artist until the court case is fully resolved. At this point, it remains to be seen what will come of the situation although it hasn’t stopped Lanez from going out and making more music for those who still find it appropriate to support him.

After the incident with Megan we saw artists like Kehlani and JoJo withdraw their collaborative efforts with him from their respective projects in support of Thee Stallion. Megan’s work boyfriend, frequen collaborater DaBaby also caught some heat after Lanez announced a collab with him, but Meg was quick to clarify that project in particular being prior to the shooting incident. However fans are now witnessing Lanez pull another big name out of his hat of upcoming collabs, none other than Chris Breezy.

Lanez is apparently gearing up to release a brand new song with the likes of Chris Brown, who has also had his fair share of controversy over the years. Fans seem to be excited by the prospect of these two on a track together, and it should be released soon, but some are also questioning why Brown would collaborate with Lanez considering the heat surrounding his name right now.

“Me & Bro @chrisbrownofficial GOT A CRAZY ONE #Feels SONG + VISUALS on the Way,” Lanez wrote. “#2021OneUmbrella WE NOT PLAYING FAIR.”

While based on both their sounds blended together, this may have the makings of musically a great collab, it is perfectly understandable why some may question Chris’ ability to read the room on this one considering his own checkered past that many continue to remind him of to this day. Take a look at some of the reactions below and let us know what you think? Do you think it’s fair to judge artists who decide to work with the Leprechaun King?

tory lanez and chris brown boutta drop, it's gon be a sad day for women lol

Chris Brown gotta read the room. This was not a time for you of all artists to do a collaboration with Tory Lanez lmao