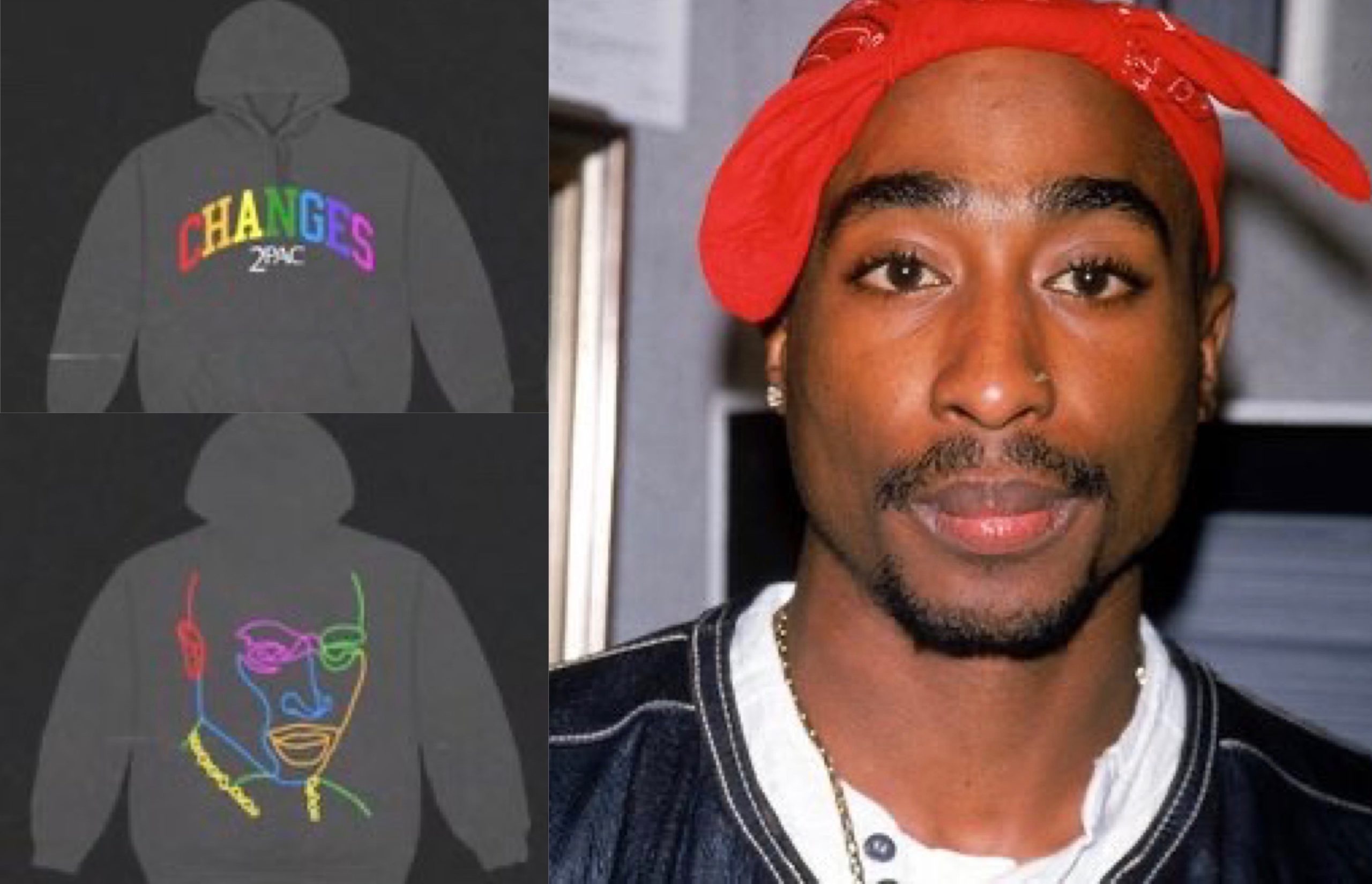 Innovative and legendary rapper Tupac Shakur has remained a widely accepted GOAT and staple of the industry in the 20+ years since he was fatally shot and killed. Though shunned by some members of society at the time, the rapper was known for his progressive ideas regarding race relations and inequality of ALL forms, paving the way for 21st-century movements.

This may be why his estate is continuing his legacy of inclusion and equality with the release of a new clothing collection celebrating June as Pride Month. The collection includes a number of hoodie and t-shirt colorways that interpolate 2Pac’s 1992 hit song “Changes” about the struggle of minority communities and living in poverty. The clothing features the name of the song as well as a stencil of the rapper’s face redone with rainbow colors and lettering as a nod to Pride Month.

The estate stated in the Twitter announcement that all revenue from the clothing will be donated to pro-LGBTQIA+ foundations and movements. However, some fans are criticizing the rapper’s estate for taking too much creative freedom — among other more unfortunate criticisms. Though some condemnation of the collection can be narrowed down to blatant homophobia, others assert that it shouldn’t be in the estate’s power to decide what the late rapper would or would not want to release under his creative profile.

I do think that it may seem to be a bit of an off brand move to make without Pac being here to give his consent, however as mentioned previously he was big on inclusion and fighting against inequality and I do believe his family would know him a lot better than we would. So this one is a bit tough.

Take a look at some of the reactions below. Will you be copping any of the new merch?

Pride Collection out now!
All proceeds will be donated to @TrueColorsUnite and @MPJInstitute .
Link in bio to shop. pic.twitter.com/VOH2zTd0R4

As a person whose followed Tupac’s music career in the spotlight I’ve never heard him mention that he was an advocate for the lgbtq community. And that’s not even a jab towards their community. I’m curious to know who from his family ok’d this decision

I saw they were selling 2pac pride merch on Instagram. I didn’t even look at the comments because I could see them a mile away.