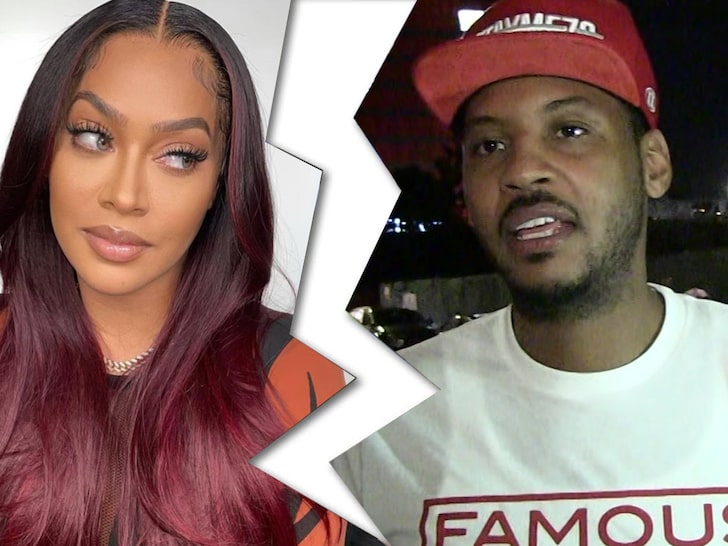 To be quite honest, these two have been going through it for so long I forgot they were still legally together.

Throughout the last few years, Carmelo and La La Anthony have been through a lot..a lot of drama, a lot of other people, and a ton of headlines. They first got together when Carmelo was still with the Denver Nuggets and they even have a 14-year-old child together named Kiyan. Back in 2017, it seemed as though the two were no longer together as there were allegations circulating around that Melo had been cheating. Eventually, the two reconciled and while cheating rumors continued to circulate, the two were doing well.

Now, according to TMZ, La La has officially filed divorce papers in New York, as the two are looking to officially break off their 11-year marriage. La La has stated “irreconcilable differences” as the reason for the divorce, although as TMZ explained, the two are still friends and there won’t be any issues with the proceedings.

As it stands, Carmelo and La La are making sure that their son is well-taken care of throughout the divorce, and they are looking forward to their new role as co-parents. While the news may come as a shock to some of their fans, it may not be as surprising to others as recently rumors surfaced that Carmelo has been getting cozy with Lee Daniel’s niece and La La has been entertaining a situation of her own.

After 16 years ago together, this definitely feels like the end of an era when it comes to basketball power couples, regardless of how we’ve pretty much seen it coming for years. I know La La and her bestie Kim K are about to truly have a hot girl summer.