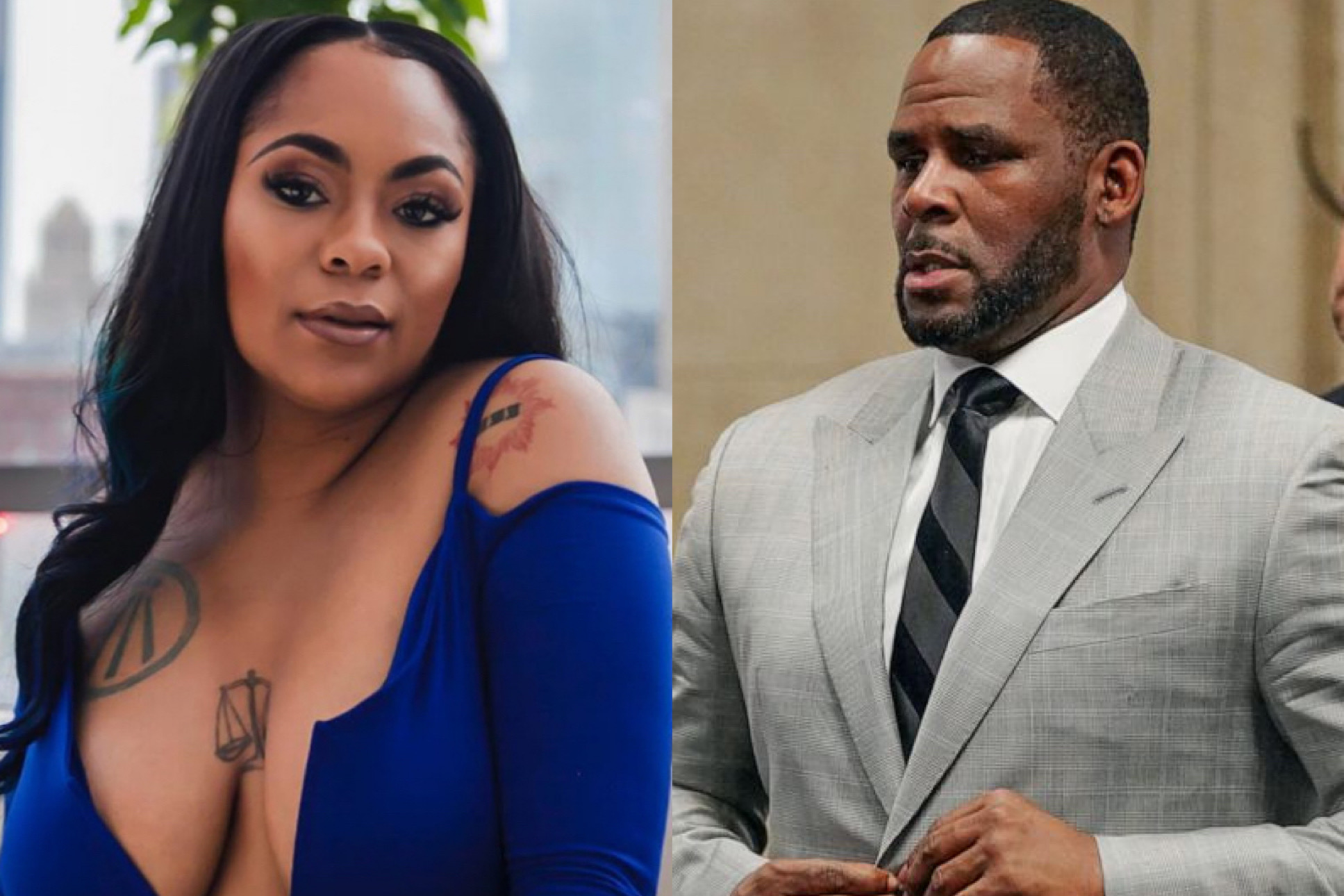 Though it’s not all surprising knowing his track record, with Nivea’s hit “Laundromat” being a song I loved back in the day, it may now cause me to raise an eyebrow knowing R. Kelly was trying to insert his pissy self into her teenage panties back then.

While R. Kelly awaits the start of his sex trafficking trial in New York this summer, his name has also come up in conversation during Angela Yee’s Lip Service podcast. In a recent clip, R&B singer and songwriter Nivea joins the Lip Service cast for a conversation about dating preferences between younger or older men. After a question about “geriatric penis” from Angela Yee goes south, co-host Lorel questions whether Nivea and R. Kelly ever had sex.

Nivea and R. Kelly notably worked together on her 2001 hit single “Laundromat” as well as other records like “Touchin'” and “The One For Me.” A couple of years ago, the R&B songstress told DJ Vlad that she never noticed R. Kelly’s creepy tendencies when she was younger, but while talking with Angela Yee, Lore’l, and Gigi Maguire, Nivea does reveal that R. Kelly did flirt with her back in the day.

“Have you ever had geriatric penis, like old penis?” Angela Yee asks Nivea, to which she replies, “It just depends.” Angela Yee then presses on the topic and asks, “Like how old is old?”

After Nivea reveals that she has had sex with someone who is roughly 20 years older than her, Lore’l then follows up her statement by asking Nivea if she was referring to R. Kelly. “No!” Nivea responds, visibly disgusted and clearly thrown off by the question. Lore’l explains that the question simply arose due to their working relationship in the past and rephrases her question, instead asking Nivea if R. Kelly ever tried to talk to her when she was younger.

“Yes, he did,” Nivea reveals. “The thing is, being in the industry as a young, little girl or a young female, the industry is filled with men. Everybody’s trying to talk to you, girl!”

Check out the R. Kelly-related exchange from Angela Yee’s Lip Service podcast below. It should be noted that though Nivea didn’t specify at what point R. Kelly tried to get with her, their first record together “Laundromat” was recorded in 2001 which would have made her 18-19 depending on when. Thoughts?