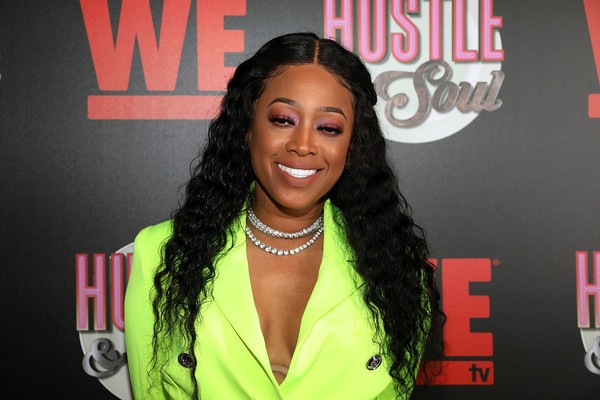 A petition demanding that Trina be fired from “The Trick N Trina Morning Show” on 99 Jamz Radio for calling protesters “animals” is racking up a ton of signatures.

Trina could very well lose her job at 99 Jamz Radio if her bosses decide give in to the pressure coming from a petition asking for her termination from “The Trick N Trina Morning Show” due to her recent comments comparing protesters to “animals.” Trina received a ton of backlash after going on a rant about people looting and damaging property in Miami in the wake of George Floyd’s murder, in which she compared these protesters to “animals” that “have escaped from the zoo.” Trina went on to clarify her remarks and apologize several times, but it looks like tons of folks still want to see her lose her radio gig as punishment.

As of Friday, June 12th, the Change.org petition to have Trina fired has racked up over 13,000 signatures, nearly reaching the 15,000 goal. “Trina has taken it upon herself to condemn the residents of Miami who participated in the recent protests, live on air, in the most HEINOUS of ways,” the petition reads. “Not only did she lump protestors and the handful of looters together, but Ms. Taylor also took it upon herself to refer to protestors, who were majority Black and people of color, as ‘ANIMALS running the streets.”

“It is with great disgust that, I, and many other Black Miami natives have to hear such derogatory and disrespectful speech from someone who has only seen success because of OUR support,” the petition continues. “To make matters worse, Trina made such erroneous statements on a radio station that has a majority BLACK audience after we’ve endured her obnoxious attitude and middle school reading level for months. Not only did she let such ignorant and grotesque statements leave her mouth, she stood firm on them as her co-hosts tried to remind her to watch her words. Clearly, she meant what she said, so an apology will NOT do. Trina needs to be removed from this radio show IMMEDIATELY — it is the only way 99Jamz/Cox Media Group can make it up to its listeners.”

Do you think Trina should have to lose her job over this?