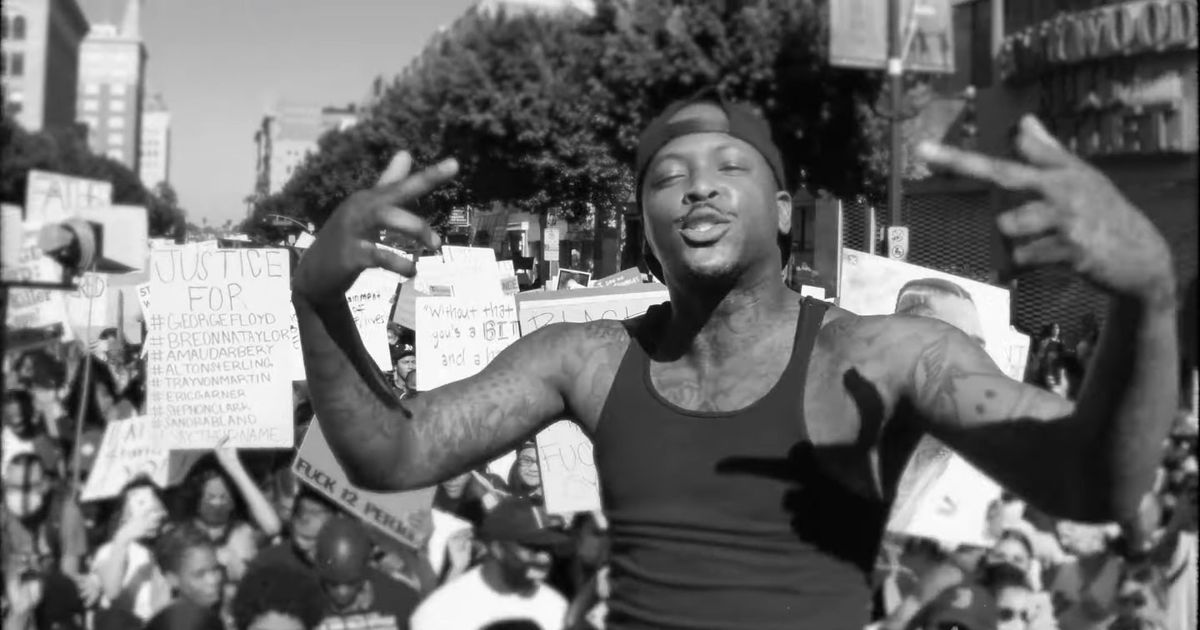 YG organized the largest anti-racism protest in Los Angeles history, bringing 100,000 people out and shooting the video for “FTP.”

When he initially posted a preview of his “FTP” video on social media, using his Los Angeles protest with Black Lives Matter and BLD PWR as the setting, YG earned backlash from a wide range of people. He was accused of using the protest as a means to get clout off the movement. What people didn’t realize is that the Compton rapper literally made history in organizing the event, bringing 100,000 people together in what is being called the largest anti-racism march in LA history.

The video has officially been released, featuring tons of footage from the protests across the nation, ranging from the East Coast to the West. YG leads the crowd in singing his brand new anti-police anthem before explaining why he used the event as a backdrop for the video.

“On June 7, 2020, in protest of the police brutality against his community, YG alongside Black Lives Matter Los Angeles and BLD PWR successfully organized a peaceful protest for 100,000 people,” writes the director at the end of the clip. “One which is now being touted as the largest anti-racism march in Los Angeles city history. The footage contained in this video captures a portion of a historical day to demand an end to police brutality. Join the movement to #DefundThePolice.”

Watch the video below.