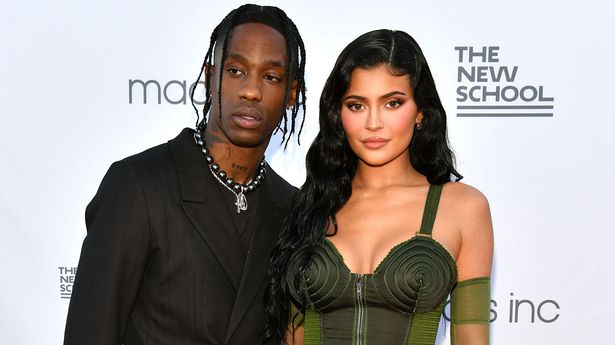 Looking at her most recent photos on social media, one would certainly never be able to tell.. but hey, I suppose she could easily be uploading photos/videos from the vault. Let’s keep in mind Kylie successfully kept her first pregnancy private the entire 9 months while maintaining her presence on social media.

As first revealed by Page Six, Kylie Jenner is reportedly expecting her second child with Travis Scott. The report comes after Caitlyn Jenner recently teased that her next grandchild is “in the oven.” Can you imagine being a star of Kylie’s magnitude and freaking Caitlyn running such news like that for you?

The sources told Page Six that the entire Kardashian family is “thrilled” with the news. While TMZ later reported exclusive details from their own sources (Kris Jenner?) revealing that Kylie is still in the “very early stages” of the pregnancy and does not yet know the sex of the baby.

Kylie and Scott’s 3-year-old daughter, Stormi, was born on February 1, 2018. In the time since, both have engaged in an on-and-off relationship while raising their first child.

Kylie discussed the idea of having a second child during an interview in Harper’s Bazaar for its March 2020 issue, but at the time said she had no plans: “My friends all pressure me about it … They love Stormi. I definitely feel pressure to give her a sibling, but there’s no plan.”

While it wasn’t in the plans at the time, Kylie has admitted she plans on having many more than just one child. On Stassie Karanikolaou’s #DoYourPart Instagram Live series, the Keeping Up with the Kardashians star said she’d eventually like to have as many as seven kids: “I want seven kids down the line, but not right now.”

Well, it looks like Kylie just may be well on her way. I do just think it sucks that she wasn’t able to reveal this news herself and in her own way. Never the less, congratulations Kylie and Travis! What do you guys think?