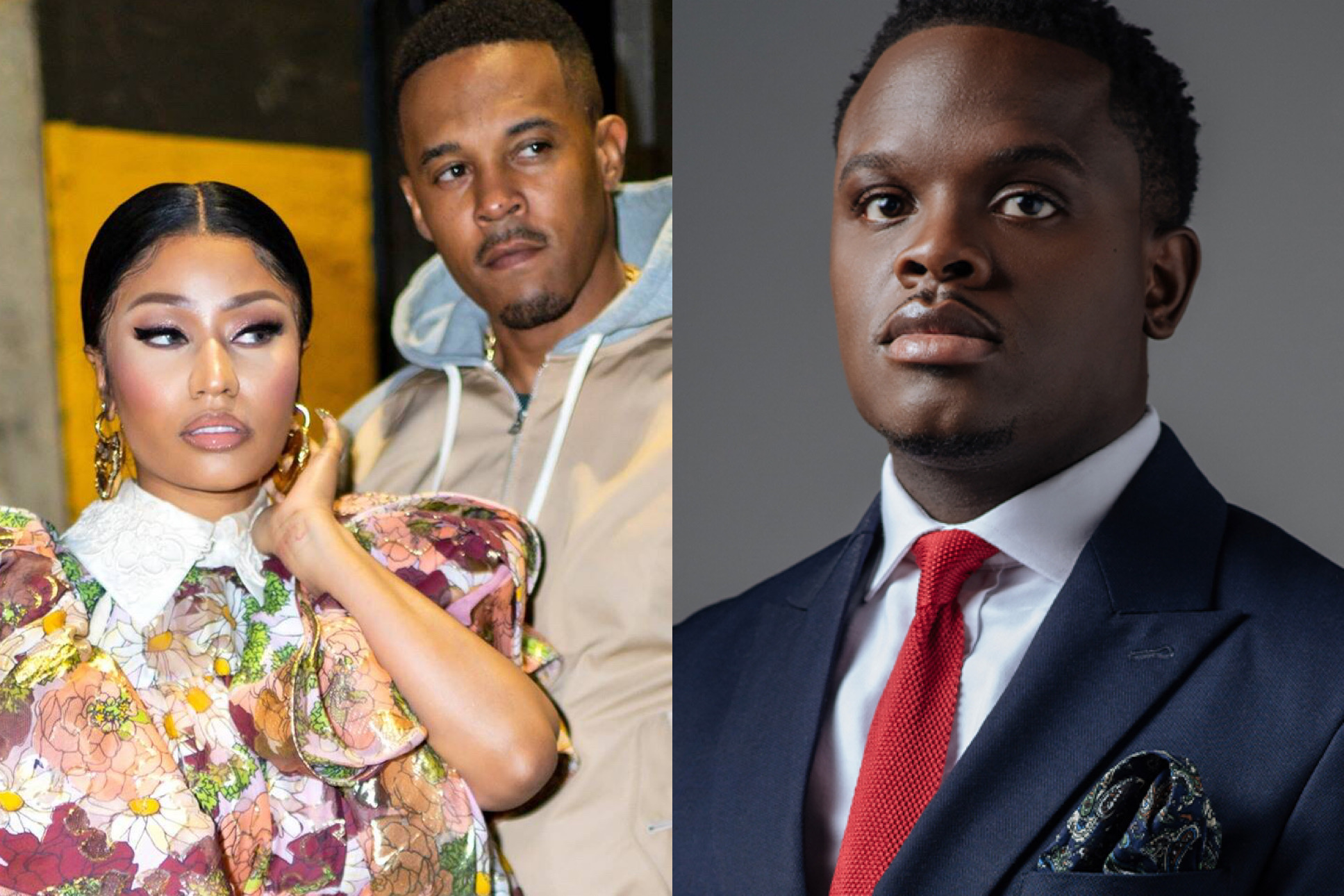 Despite how badly her fans may want to pretend it isn’t real or find a flaw in the story, the legal troubles for Mr. and Mrs Petty are only about to get realer.

Nicki Minaj may infamously refer to herself as a queen, but right now she’s facing a royal hell storm for rolling around in the dirt with a peasant. The Chun-Li rapper’s marriage continues to be affected by the repercussions of her husband’s controversial legal history. In 1995, Kenneth Petty was convicted of trying to rape Jennifer Hough, and after serving time in prison, Petty registered as a sex offender in New York.

As we late last week, Hough is suing both Nicki and Kenneth for years of alleged harassment. According to TMZ, Hough attests that Mrs. Petty and her husband have been directly and indirectly pressuring, bribing, and threatening her to not speak about the incident or recant her story altogether since 2018. Last spring, however, the alleged tension between the Pettys and Hough reportedly got even worse after Kenneth was arrested for failing to register as a sex offender upon moving to California. According to TMZ, Hough has stated in court documents that Nicki allegedly called her and personally offered to fly her and her family to Los Angeles in exchange for recanting her 1994 rape claims against Petty. After declining the offer, Hough claims that she has been offered a $500,000 payment from one of the Petty’s associates, bombarded with unsolicited visits from their lawyers, and threatened time and time again.

Since this unfortunate story broke much of Minaj’s loyal fanbase have been putting in unpaid overtime attempting to do her dirty work and discredit the allegations. However, this among other things seem to only be making the situation worse. Jennifer Hough’s lawyer Tyrone Blackburn spoke exclusively with the folks over at The Daily Beast where he pointed out one of Minaj’s minions who happened to grow up in the same neighborhood as the Petty’s named Barry, apparently took to his Instagram story and appeared to threaten Hough’s life after the news broke.

Blackburn reveals Barry to be among the couple’s associates who allegedly spent months last year trying to convince Hough to recant. Hough’s lawsuit states that he put her on the phone with the rapper in March and eventually offered her $20,000 in cash on the couple’s behalf. In the video, Barry made vague reference to the allegations and accused Hough of attempting to “extort” him for $500,000, he also repeatedly teased that his viewers would soon witness what he called “John Wayne TV.” (The name, however, was misspelled in a subtitle as “Jon Wayne.”)

The video ends on an image in which two guns are visible and circled. The caption: “Be safe out here lol.” Blackburn also shared the information to his Instagram account where he issued the stern warning advising the Petty’s and anyone associated to them, to leave his client and her family alone. Take a look for yourself below and let us know what you think of this mess.

A post shared by Tyrone A. Blackburn, Esq. 🇹🇹 (@tyrone_blackburn)

A post shared by Tyrone A. Blackburn, Esq. 🇹🇹 (@tyrone_blackburn)