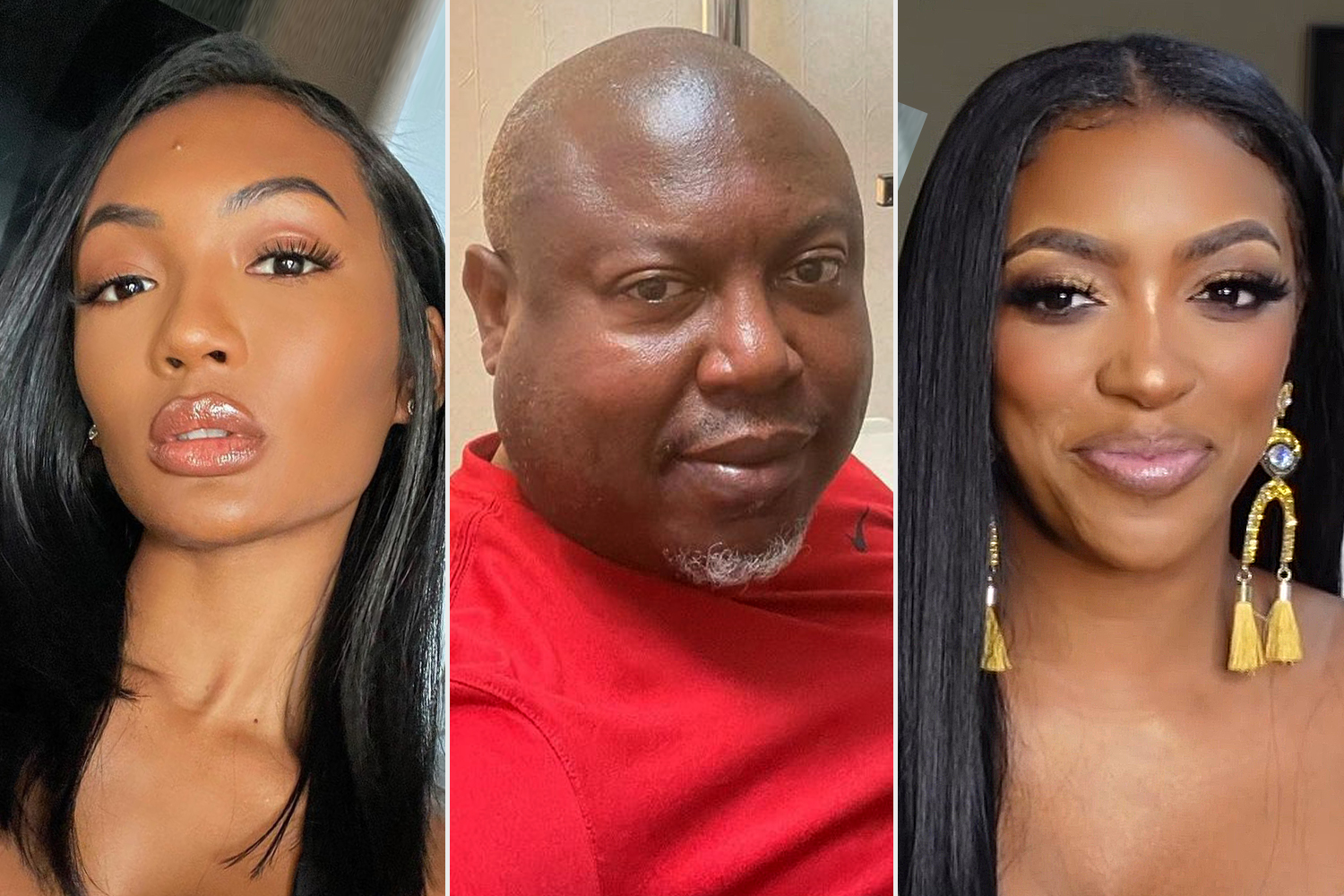 That was fast, wasn’t it? I feel like we already knew this, but now that it’s confirmed it does kind of make you think about Simon’s side of the story a few months ago.

It was all the internet seemed to talk about just a few months back. How Porsha Williams of ‘Real Housewives of Atlanta’ had supposedly slid in on her friend’s man, Simon Guobadia’s. Now, Simon’s ex, Falynn Guobadia, is pregnant! She m made the announcement alongside her new beau, Jaylan Banks, on Tuesday (August 17).

“Jaylan and I will actually be having a baby,” Falynn told her YouTube fans. “We are adding another little one to the crazy bunch. It is Jaylan’s first baby.” Simon Guobadia revealed his suspicion of his ex being with child several weeks ago. The businessman shared the news with his social media supporters in response to Falynn’s explosive interview with Adam Coy Newell where she stated they were very much in a relationship when she found out here was with Porsha. “The face of a cheating wife,” Simon wrote online after the interview segment. “Let’s start with why I filed for divorce,” Guobadia continued. “Let’s start with who cheated with and [is] currently pregnant for and living in a home I paid for – post-divorce. His Instagram handle is @itsjaylanbanks and this is how your generosity gets twisted.”

Falynn interviewed with Adam Coy Newell in response to Simon’s fiancee, Porsha Williams, announcing she was in love with the businessman. The narrative Falynn followed was that of a woman taken by surprise by her husband’s extramarital affair.

“Simon doesn’t get caught unless Simon wants to be caught,” Falynn told Adam Coy Newell. “I meant what I said when I took my vows,” she added. “It hurts,” Falynn continued. “It hurts like h*ll. I love hard. I love really hard.”

Some have jumped to defend Falynn Guobadia upon getting wind of her expectancy with Jaylan. “Before y’all go in, Salmon (sic) said she was pregnant 6-7 months ago which she proved as a lie, so she’s obviously newly pregnant here 2 months in, so she didn’t have a baby on Salmon Croquette,” one YouTube user said, while others were not convinced.

Take a look at the announcement below and let us know what you think of all of this? Are you as confused as I am? Does this vindicate Porsha a bit or is she just trifling?