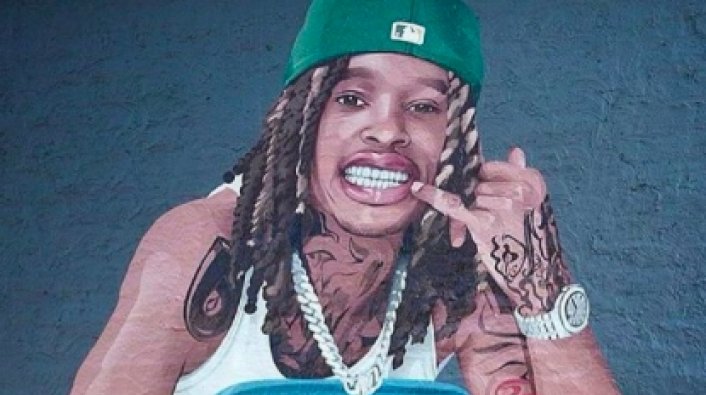 Authorities have reportedly approached the artists responsible for the mural and said they want it removed. Meanwhile there are all types of confederate statues and racist propaganda still perched in many of our cities.

When a beloved celebrity passes away, they are often immortalized through art. We’ve seen this happen with Kobe Bryant, Nipsey Hussle, and King Von as statues and murals have popped up around the globe. Delilah Martinez, her Mural Movement organization, and artist Chris Devins are responsible for the mural of Von on O Block, and as fans and friends of Von visit the artwork to take photos and remember the rapper, Delilah now claims that the mural may be taken down.

Von was reportedly affiliated with Chicago’s Black Disciples gang, and last month, we reported on police claiming that the late rapper was responsible for the shooting death of 17-year-old Gakirah Barnes. Authorities also allege that Barnes may have killed upwards of a dozen people.

According to reports, Delilah has been told that Von’s O Block mural may have to come down because police don’t approve of its inclusion in the city. In a clip shared online, Delilah spoke about the purpose of the Mural Movement and why it is important to share works of art in marginalized communities.

“We might have to take down that King Von mural,” said Delilah. “And I’m gon’ tell y’all why it really actually bothers me. So, if you guys know my story or know the Mural Movement and how we got started, y’all know how important it is to do specific things like art in specific areas, especially Black and Brown communities. So, that’s how the Mural Movement started. We’re all about representation, beautifying communities in need, especially underserved communities that don’t have art or murals.”

There has yet to be an update regarding if King Von’s mural will be taken down definitely, but the community hopes it will remain. Check out a few posts below. What do you guys think of this?