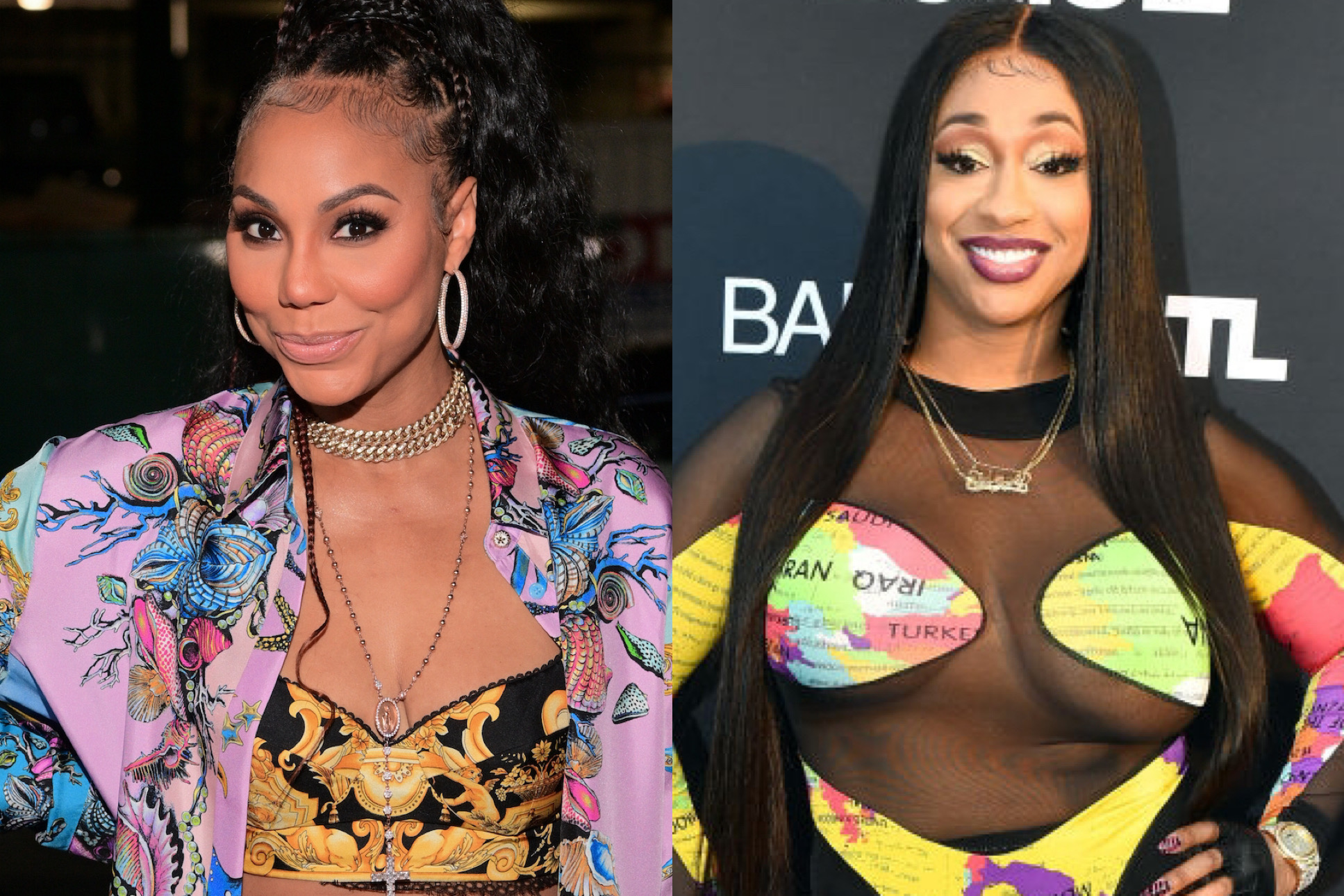 I’m almost certain that anyone who found something wrong with Tamar calling Sidney out did not watch the show nor the entire season they were there to recap because she was absolutely right in what she said.

For those unfamiliar, many “bad girls” of Oxygen’s ‘Bad Girls Club’ past recently came together for a reboot of sorts in ‘Baddies ATL’ which premiered on Zeus Network a few months back. The show featured a number of infamous girls from the previous seasons of BGC such as Tanisha Thomas, Natalie Nunn, Judi Jai, Mehgan James, Christina Salgado, Janelle Shanks, Sarah Oliver, Seven Craft, and a wild card in trangender personality Sidney Starr, who says she was initially supposed to be a “replacement” during a previous BGC season.

The show was full of drama on and off camera and this past Sunday when Zeus premiered part one of the show’s reunion special, the drama wasn’t only between the castmates. Singer and reality television royalty herself, Tamar Braxton, hosted the reunion alongside Hollywood Unlocked’s Jason Lee. During the episode, Tamar stormed off the set following her distaste for Sidney Starr’s actions. While leaving the stage, Tamar could be heard saying, “This is like a lot for me. This is a lot. I don’t give a f*** fiery shit what they’ve done. Its disrespectful and this is beneath me. I cannot do this.”

This came after Sidney had been involved in several back-and-forth arguments and attempts to grab attention since the beginning of the reunion (and the entire series for that matter), including attempting to throw Lucky Charms on Judi Jai in the middle of the reunion. While production cleaned the stage, Tamar said to Sidney, “It’s not funny. You know, it’s really disappointing because you know on one hand you talk about being a staple for the LGBTQ community but then you do stupid ass sh** like this, and get up and talk out of turn, and be disrespectful but in turn want people to be respectful toward you. That’s a lot for me. Now I feel disrespected.”

Following the episode, some took to social media suggesting Tamar was too harsh on Sidney and even attempted to brand her transphobic, which she politely shut down with a tweet of her own reading “I’m not going to keep addressing something that I hve openly spoken about, lived, condoned and super supported since the 7th grade. Please go to the next celebrity. There is nothing to see here. Goodnight saints”

Take a look at the incident followed by some of the reactions below and let us know what you think. Personally, I’ve met Tamar (even served the homeless with her) and she was extremely sweet to where I don’t thinks he has hate in her heart for anyone let alone the LGBTQ community. Sidney got up on that show and instead of being her authentic self, took the opportunity to make a mockery and unfortunately made herself look like the most inauthentic part of the show.

I’m not going to keep addressing something that I hve openly spoken about, lived, condoned and super supported since the 7th grade. Please go to the next celebrity. There is nothing to see here. Goodnight saints✨

Till I die… and now we all go to bed. https://t.co/FmcZhJjAW4

I’m not as nice as Sidney and I have receipts that speak for themselves, honey. If you were a REAL ALLY you would’ve been open to have a discussion. It’s why I have respect for @TiffanyPollard but NOT you. 🤡 pic.twitter.com/JBEY4NIF47

show the entire clip and add context rather than showing one piece, thinking you did something … apart from her saying “i don’t give a f*ck fiery sh*t”, she said nothing wrong. clearly, she is an ally which is why she called Sidney out.

I take back what I said about Tamar. I’m glad she did the reunion and put Sidney in check #baddiesatlreunion #BaddiesATL pic.twitter.com/abgzJzWN1m

Tamar was preaching tonight cause what type of reunion was that. Sidney was doing way to much #BaddiesATL #baddiesatlreunion pic.twitter.com/TGavdIvDqe

Tamar laid off on Sidney Star and it was very much needed. Girl acted a whole clown the whole season #BaddiesATL

I really tried to like Sidney Starr but my god is she unlikeable. At least Tamar told her wassup #BaddiesATL