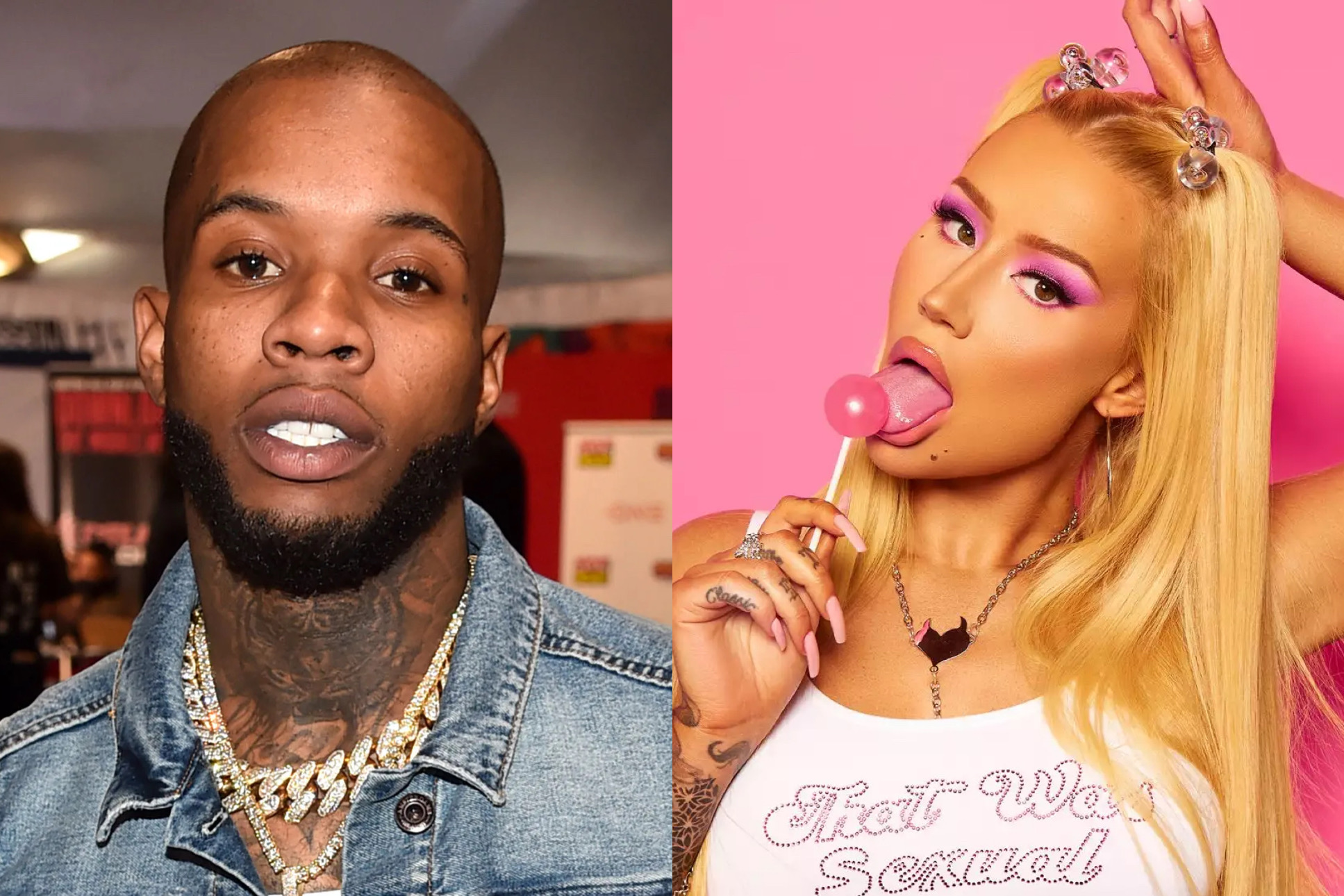 Well, we know if Tory shoots Iggy he’s going straight to jail for life and I don’t even have to say why.

Between his height and the disgusting actions he’s been accused of, I can’t say that I expected any woman really to be out proudly with Tory Lanez, but Iggy Azalea certainly wasn’t on my bingo card for that scenario. However, the rumor mill is churning with those allegations.

You guys know how it goes, anytime a male and female celeb are spotted together, the internet assumes they’re in some sort of entanglement, whether there’s any other proof of said relations or not. Well, that’s exactly what’s happened here between the “Fancy” rapper and her bald and petite counterpart.

The rumors started early this morning and were later fueled further when @gossipofthecitytea shared that the two have allegedly being dating for a few weeks now along with a photo of the two looking cozy on a couch, which appears to be at a lounge, with Iggy placing her hand on the bite-sized rapper’s leg. Tory has also been spotted liking various photos of Iggy’s on Instagram. Neither Tory or Iggy have addressed this rumor yet, though.

Tory would certainly be an interesting choice for Iggy. Not too long ago she parted ways with her child’s father Playboi Carti who she claims was mentally abusive and we all now Tory ‘Yosemite Sam’ Lanez can allegedly get into some abuse of his own.

Take a look at the photo followed by some of the reactions below. If these two are actually dating are you here for it?

Tory Lanez and Iggy are messing around . It’s been going on for a few weeks now😌 pic.twitter.com/tg1nA9FWA4

Tory lanez spotted with Iggy Azalea. Mf is 5’3 and she is 5’10, her BBL probably bigger than his entire body. Next on undisputed. pic.twitter.com/XDOF55jCxP

People saw a picture of Iggy Azalea & Tory Lanez sitting down talking and just assumed the two are fucking. I could never be famous, that is insanity