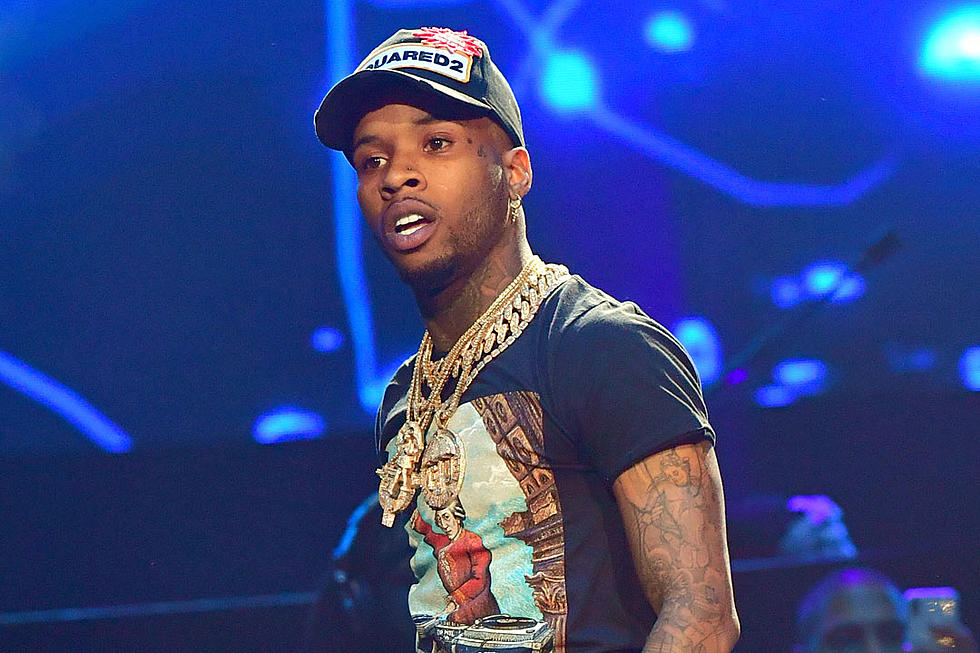 This little fella is one destructive little man. The reported victim claims that he was left disfigured after someone driving Lanez’s Range Rover caused an accident and fled the scene.

The internet was buzzing yesterday (September 22) after Tory Lanez made cryptic social media moves. The petite singer-rapper through fans for a loop when he deleted all of his content on his Instagram and tweeted “it’s been real,” the public began to speculate about the possibility that he is gearing up for jail time after recently violating his court order to stay clear of Megan Thee Stallion.

However, it is important to note that a few weeks ago Tory was already in court for that and managed to avoid going to jail and instead only had his bond increased. The pint-sized Canadian responded to all of the speculation that he would imminently be sent to jail, posting a loop of a man dancing and eating take-out and saying, “Me at my house …. watching n***as on Twitter celebrating and thinking I’m going to jail [laughing emojis].”

However, this isn’t the only legal trouble that he has gotten himself into, as Radar Online reports that Lanez has been sued by a man who was left disfigured in a car accident involving Tory’s vehicle.

According to the outlet, Barry Fine is suing both Lanez and insurance company AIG over an incident that reportedly occurred on January 23 of this year. Fine claims that he was in Florida driving his 2020 Porsche Cayenne Coupe Turbo when someone in a 2016 Range Rover “caused a ‘chain reaction rear-end collision striking one vehicle propelling that vehicle into Plaintiff’s vehicle.'”

The Range Rover reportedly fled the scene and later, the vehicle was located by investigators “abandoned on I-95 in Miami.” Authorities determined that the vehicle was owned by Lanez, but the person who was behind the wheel is unknown. Fine does not seem to accuse Tory of driving the car, but he does believe that the rapper-singer should be held responsible for both the damages to his vehicle and his medical bills.

In the suit, Barry says his injuries include disfigurement, physical and mental pain and suffering, medical expenses, loss of earning capacity, a permanent injury, significant scarring, and out-of-pocket expenses.

He is demanding more than $30,000 in damages. He believes Tory and the insurance company should pay him the difference between his car’s value before the accident and its value after the repairs are made.

While it is reported that Lanez was served at his Miami home, it is said that his legal team has not responded to the lawsuit. It seems this guy just can’t catch a break, huh?

Me at my house …. watching niggas on Twitter celebrating and thinking I’m going to jail 🤣😂 ……… pic.twitter.com/M8KZW4XHcg