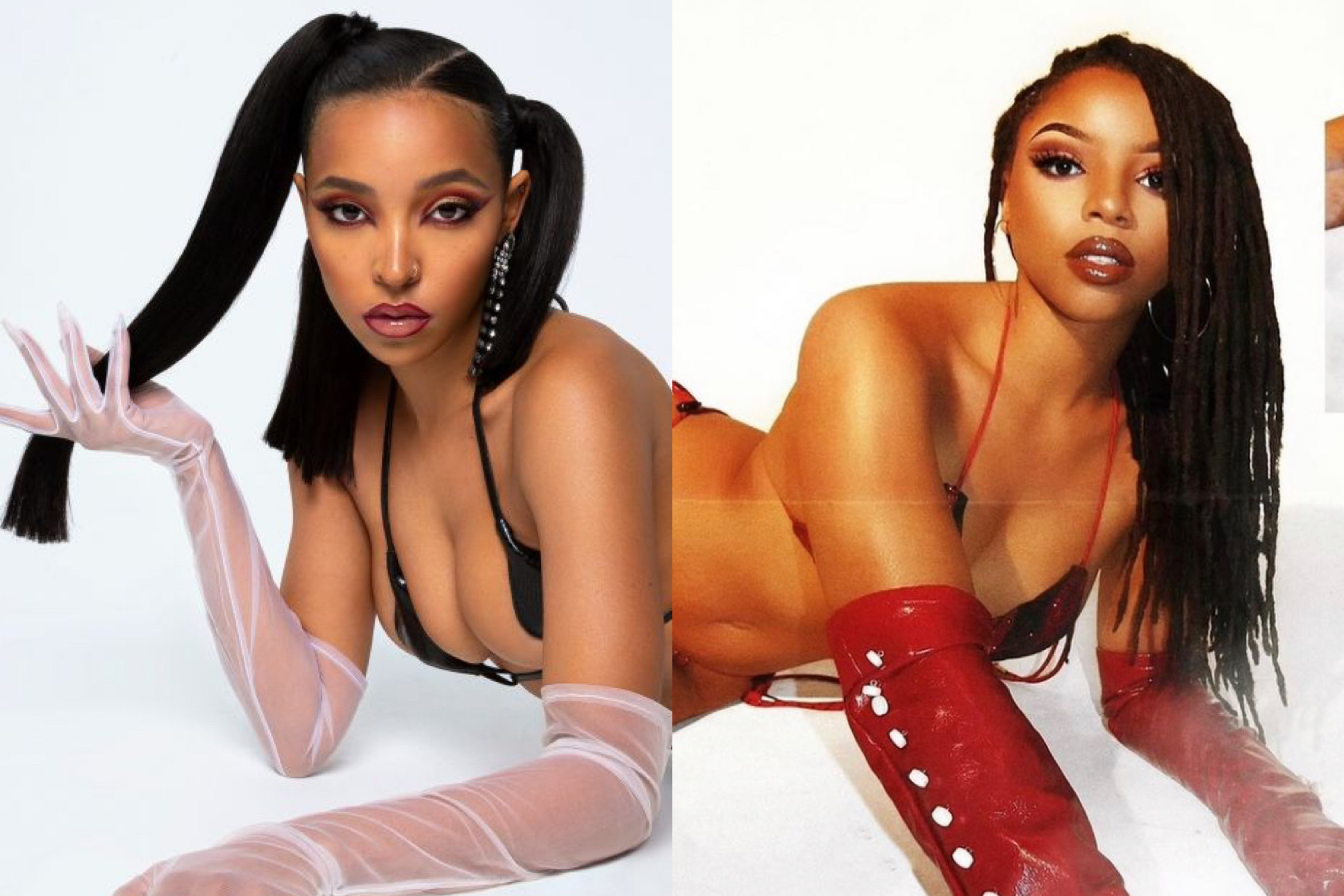 I mean absolutely no harm when I say this because I will say that Tinashe has undeniable talent that for whatever reason has been overlooked by the mainstream industry (and it could certainly be my own ignorance to her more recent work) but I don’t think I have ever looked at anything and felt it gave a “Tinashe” feel.

From releasing her debut solo single “Have Mercy,” to walking the carpet at the Met Gala, Chloe Bailey has certainly had a busy few weeks. The rising star has been hard at work preparing for her first solo album, and yesterday (September 26) she decided to share a sneak peek into her latest projects on Instagram. From the looks of her new post, Bailey is ready to step into a spicy, much more mature new era. The photo dump sees her rocking a teensy tiny red and black bikini, paired with red latex gloves and some sky high platform heels to match. In other words, a serve. ”Choose your fighter,” she cleverly captioned the post.

The comment section is filled with kind works from friends like Baby Tate, Rubi Rose, Pierre Bourne, and Lala. However, of course there’s always going to be a negative Nancy in the room. Unfortunately, it looks like another star isn’t exactly impressed with the Chloe’s photo shoot. Because you know the internet never misses a beat, fans noticed that Tinashe liked a reply under Bailey’s post on Twitter that says, “it’s giving @Tinashe’s album cover for ‘Songs For You’.” Obviously a like doesn’t necessarily mean she felt negatively about it, but I think with the insinuation of that comment there aren’t but so many ways that the messy internet would take it and Tinashe should know that.

While there is a slight resemblance to the photos, I don’t think wearing gloves and laying on the floor in a bikini top is groundbreaking enough to think anyone was inspired or “copying” anything. Taking a page out of the book of her mentor Beyoncé, of course Chloe did not respond. However she did share a suspiciously fitting post to her own Twitter reading “whoever is trying to bring you down, is already beneath you.” When a fan shared the tweet and agreed by saying “EXACTLY. end it chloe, end it!” Chloe shut down any thoughts of shade replying, i’m not ending anything. this has something to do with what’s going on in my life personally lol. you guys have to know i’m all about women empowerment, not tearing others down.”

Check out the poste for yourself below and let us know what you think. Was Tinashe being shady or is she just acknowledging that she may have been part of the inspiration for Chloe Bailey’s shoot? Are these photos really even that much alike? Why do we always have to go immediatedly into comparison and competiton mode when it comes to women in the industry?