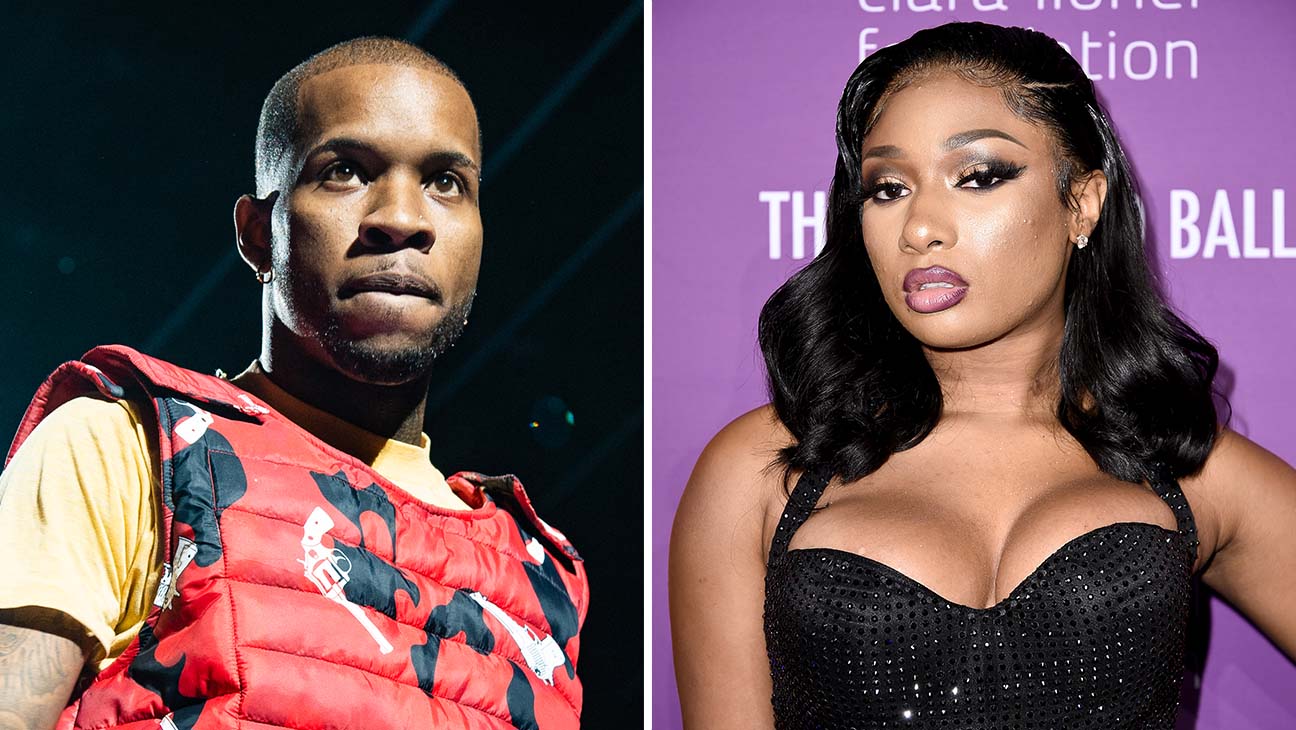 To be quite honest, the way this never-ending story is going, I don’t think we’ll ever get to see the facts presented from the night fun-sized rapper Tory Lanez allegedly went all Yosemite Sam on Megan…especially now that a plea deal is being discussed.

Tory Lanez’s little feet have been running all over social media as of late as he has been a subject of discussion as of late for a multitude of reasons including hooping with Drake, being sued for a car crash involving one of his vehicles, and checking on SpotemGottem after the Florida rapper was shot earlier this week. Lanez also became a major subject of discussion this week when he tweeted “It’s been real.,” and wiped his Instagram clean. Speculating that the rapper was possibly going to jail for his role in the Megan Thee Stallion shooting last summer, the internet was set ablaze with goodbye (and good riddance) messages sent towards the Daystar rapper… which he later shut down, seemingly just promoting his new album.

Now, the trigger happy rapper finds himself back in the news. According to Rolling Stone, the rapper’s defense in the Megan Thee Stallion case is having “meaningful discussions” with prosecutors to reach a plea deal and avoid trial. Assuring that if no deal is reached by December 3, a preliminary hearing will begin, Los Angeles County Deputy District Attorney Kathy Ta told the judge hearing the case on Thursday that “(Lanez’ defense and prosecutors are) in possible settlement discussions.”

Despite these meaningful discussions, it sounds as if Lanez is ultimately going to stick to his side of the story. In a statement to Rolling Stone, Lanez’ defense attorney Shawn Holley said, “As in every case, the lawyers for the parties discuss the possibility of resolving the case. This case is no different. That said, our position as to what did and did not happen in this matter remains unchanged, and (Tory Lanez)’s plea of not guilty stands.”

Lanez, who was accused of shooting Megan Thee Stallion in the feet following an argument at a Hollywood party last summer, has maintained his innocence since the time of the shooting but was charged with felony assault with a semi-automatic firearm and carrying a loaded, unregistered firearm in a vehicle. Do you think the “SKAT” rapper should take a plea deal? Personally, I want to see this go to trial so we can watch all the facts roll out and see which side is silenced in this never-ending story.