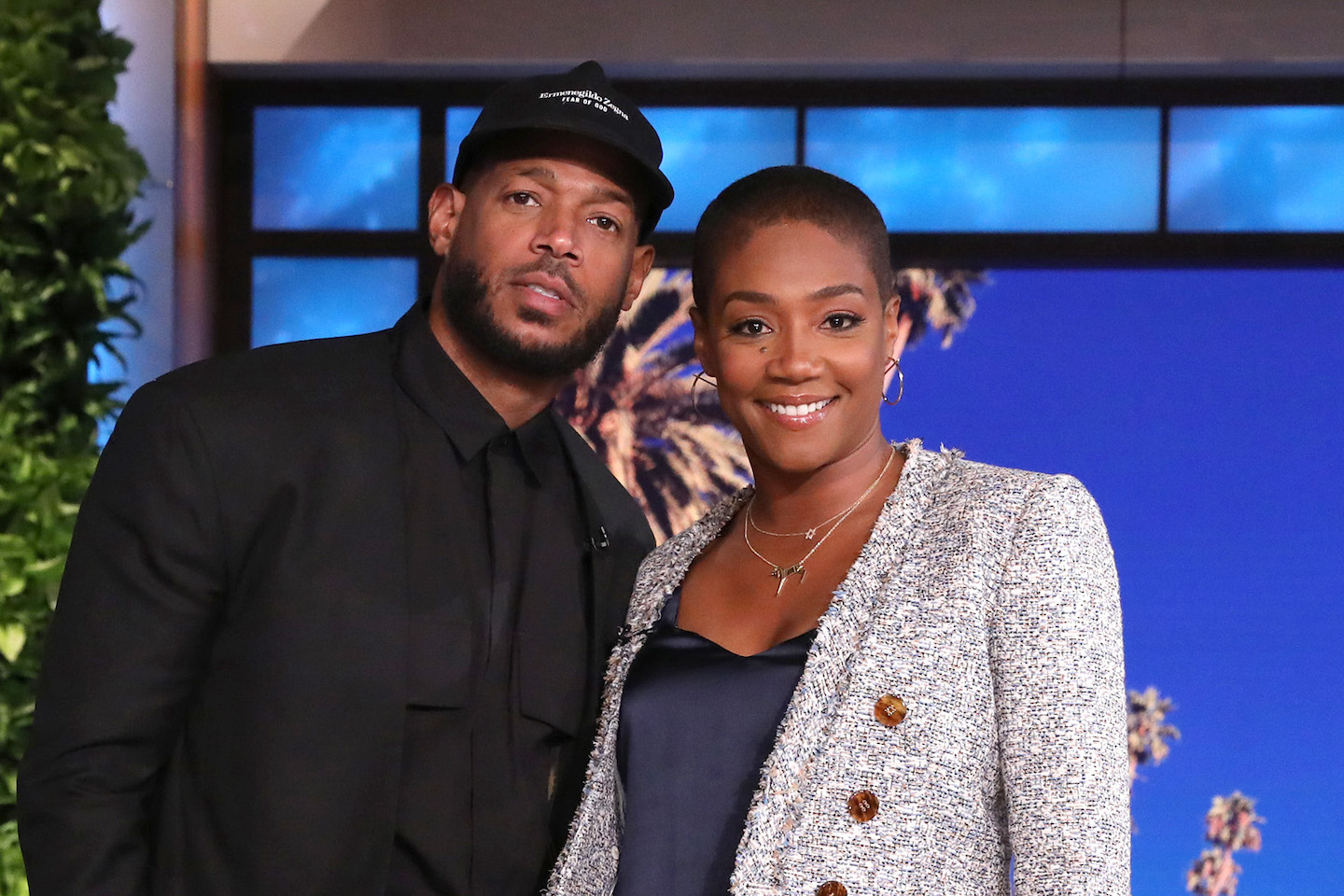 Tiffany Haddish didn’t get the chance to nab a role in any Wayans movies in the early stages of her career, despite auditioning multiple times and having a good relationship with the family.

Haddish filled in for hosting duties on Ellen this week, and while speaking with guest Marlon Wayans, it came out that he has known her since she was 16. He and brother Shawn met her at a comedy camp she took part in during the late ’90s, and according to him, “You was loud even as a little kid.” And even though Haddish’s hopes of hitting it off with a very grown Shawn didn’t pan out (“You was 16, you wasn’t ready!” Marlon joked), the camp would begin a friendship with the Wayans family, including with Keenan Ivory. Despite that though, Haddish couldn’t get a role in their movies. She decided to ask why that was.

“I know we friends and I know you love me. I love you,” she said. “You have helped me in so many different aspects in life, gave me some great advice. But this what I want to know. I have auditioned for so many of your movies, your family. Why do I never get cast? You even made a role, ‘Tiffany Haddish type.’ I auditioned for myself! I auditioned to play me!”

Marlon joked that “You wasn’t right for the part,” before getting serious for a second. “Here’s what happened. Me and my family we always say you’re funny,” he said. “As producers you hire people, you cast people. You were always funny. But you was always on 10. Sometimes you’d just be like inappropriate. It’s like a love scene and you want to sit on the actor’s lap and fart. And it’s like, ‘Tiffany, it’s not for this scene!’”

One might think, considering that Haddish has been honest about struggling while trying to start her career, even sleeping in her car at one point, that they would have offered her an opportunity. Or at least, if they felt she was doing too much, it might have been a good idea to tell her then so she could tone it down. However, he in his own way told her that the right roles, the ones that would make her a star and would call for her type of comedy, came about when they were meant to for her. And that is pretty true. Had Haddish completely come down from level 10, who knows if she would be where she is now.

“Maturation hit you,” he said. “It’s like, for me even, right now I feel like I’m ready. I’ve been preparing 30 years for what’s happening to me now. It all happens to you at a certain time when maturity and that stardom hits you. Never nothin’ personal. We love you. Always thought you was funny. Me and my family, we proud of you.”

Haddish has done so well for herself on her own, she has even been able to put on Marlon’s niece, Chaunte, who was featured in her Netflix stand-up series, They Ready.

“It’s a She Ready production ’cause I have a production company now,” she said proudly. “I’m a creator of my own jobs.”

“You go and do He Ready ’cause I got some nephews you could help out too,” he jokingly replied.

Tiffany Haddish has definitely come far. Do you think it may have been harsh of Marlon not to give his friend an opportunity? Peep the clip below: