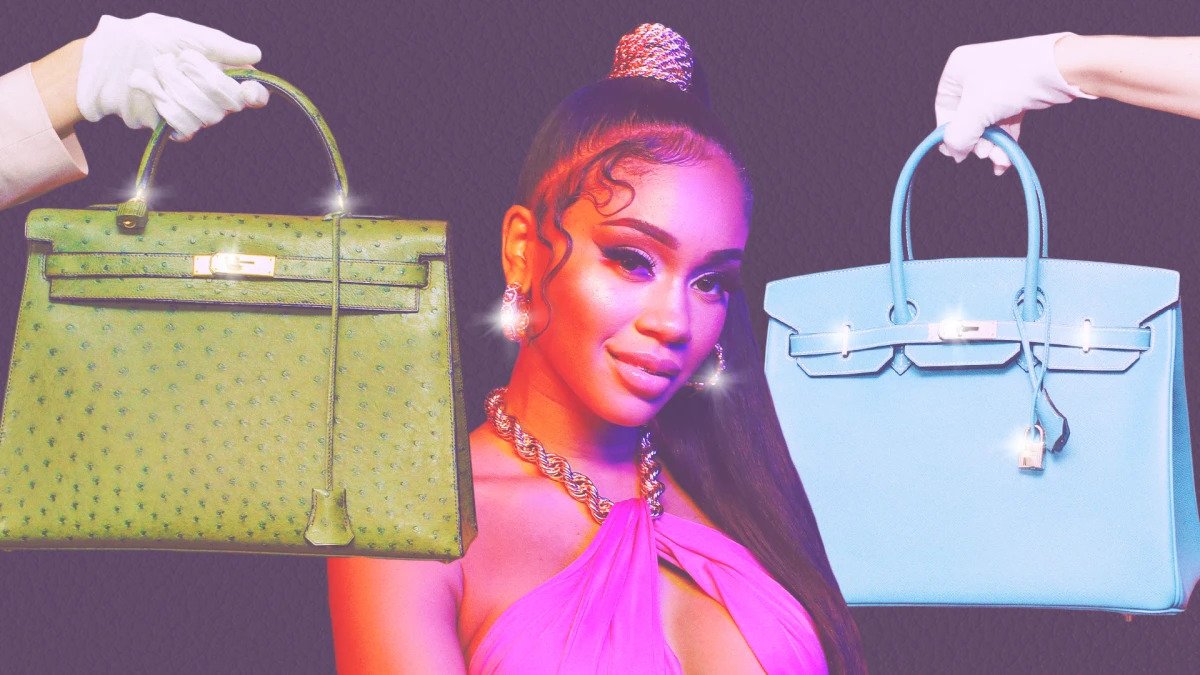 Saweetie and Quavo’s Birkin PSA sparked quite the debate over on the p*ssy talk side of the internet.

“If he not getting you a Birkin, if he not paying for your bills, then throw that n***a back to the streets, okay?” said Saweetie on Quavo’s Instagram Live this week.

The comments, while likely meant to be empowering, were taken as the opposite by many of the women and men listening in. Since the remark was made, the word “Birkin” has been trending on Twitter with people criticizing the rap couple for spreading this message instead of preaching love, trust, and other important values to keep in a relationship. At the end of the day, if you’re not making hundreds of thousands of dollars, there’s no way that you’re buying your partner a Birkin bag. Point blank. You’ll go bankrupt.

People are criticizing the message that Saweetie and Quavo are sending because it’s simply not realistic for everybody to be cashing out on material goods like them. They’ve got the dough, so it’s fine. But for someone making $50,000 a year? They would be spending half their salary on a purse.

Even people like DJ Akademiks came forward with their take on the comment, writing: “I swear.. Moneybagg yo / Ari … Lil Baby / Jayda … Quavo /Saweetie… relationship on shaderoom got basic broke h*es thinking they suppose to get designer bags and cars too. Hell na… Ari Jayda and Saweetie rich… yall h*es broke asf..”

What do you think about the Birkin conversation going on?

But can YOU buy YOU a Birkin? Can YOU afford the lifestyle you are trying to live? Are you looking for a sponsor or a partner?… https://t.co/RwTIqBfHUw

I don’t give a FUCK! I’m not paying no 20K for no fucking Birkin bag y’all bitches is BIRKIN up the wrong fucking treee!

Birkin this Birkin that. Bae you getting a Telfar.

Why are we discussing buying Birkin’s when none of us can afford it? pic.twitter.com/7hlXV4jGen

Sometimes I feel this pressure to date rich men who buy Birkin bags and fly u out and etc… then I remember my experiences with these men.

The lifestyle often comes with a heavy price that I’m not willing to pay.

And if you can’t afford a birkin just take her to home goods, or target and tell her go crazy! Really wanna pop it take her grocery shopping and tell her get enough for 2. https://t.co/38Pd4zym2x

She said birkin not love or respect pic.twitter.com/6jSUJCaysw

Sure, I have Birkin money, but if I cop that that’s it, we gotta share the bag to live in.

18 million without jobs right now. Median income for a black household is $41K and all I see on my TL is Birkin Birkin Birkin pic.twitter.com/Oe0VHN86y3