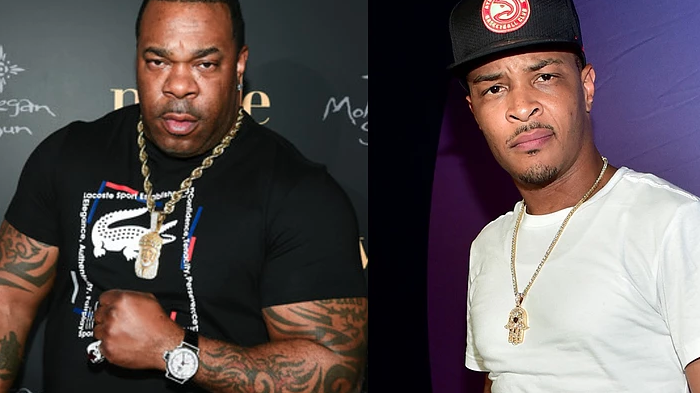 T.I. turned down Busta Rhymes’ offer to participate in a hits battle on the second season of Verzuz, explaining that there is a generational gap between them. After his rejection, Tip was faced with more proposals, specifically from Jeezy, who may make a bit more sense, given the fact that they came up around the same time.

Busta Rhymes was upset that Tip didn’t bite at his bait but, at the end of the day, it’s all love between the two. After taunting the King of the South on Instagram yesterday, they apparently met up to have a panel discussion, which Tip outlined in a new video. In the video, he also suggests new names that could be suitable for a Busta Rhymes Verzuz episode.

“I spoke to Busta,” said T.I. about his virtual discussion with the rapper. “I gave him LL [Cool J]’s number. I told him, that’s the tree you want to bark up. You might want to get back in the generation of yours that you want to represent for. Busta is an incredible talent. An undeniable legend. Ain’t no quarrels or ain’t no criticism. There’s no dispute here. Just as I know with great certainty that he belongs in the generation that he represents.”

He goes on to say that, because they didn’t come up at the same time, it would not be a fair battle.

Do you think Busta Rhymes and LL Cool J/Twista would be a better match-up? Who should go against TIP?