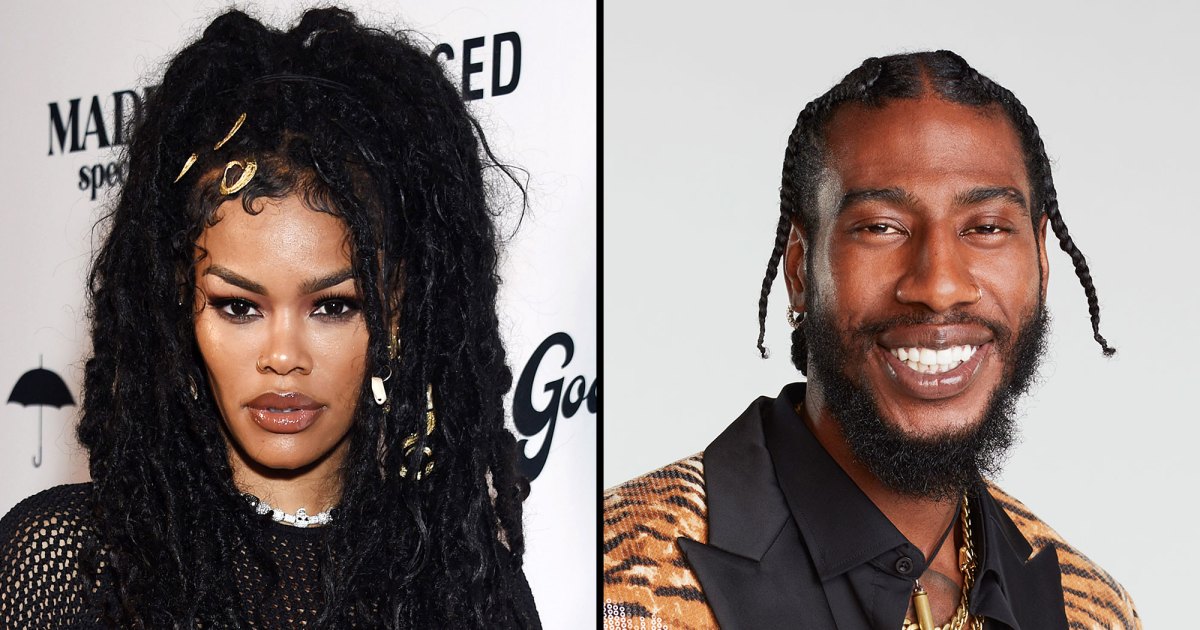 Teyana and Iman are actually very unproblematic so it’s definitely surprising any time you see their names pop in any sort of mess. When a Tik Toker went viral for a ‘blind item’ that wasn’t so blind and pretty much did everything but tag the couple… Teyana was quick to step in and shut things down.

Rumors about Teyana Taylor and Iman Shumpert’s marriage exploded throughout TikTok this week after a creator hinted that Iman was allegedly creeping in an exaggerated reenactment video. The story even went as far as claiming that the misery from Iman’s infidelity caused Teyana to overdose on drugs.

The TikToker who goes by Klatschhh (or “Dear Jane”) is an account that calls their posts “Unconfirmed stories/parodies” with the disclamer to “believe it or not.” Generally, the account receives “tips” of stories from those who claim to be close to celes and they will then post a video reenacting the story whilst dropping some pretty pointed hints on who it’s about without naming them directly. In this post, she gave away some pretty pointed particulars that gave The Shumperts as the topic (even utilizing their infamous comic book themed black and white living room as a back drop).

Klatschhh claimed that she got a tip from an assistant of a celeb, who she describes as an African-American singer with a TV show and two daughters. She adds that the singer’s mate appeared on Dancing With The Stars. The video then claims that the assistant found the singer in her bathroom after a severe drug overdose after she caught her husband cheating on her, before revealing that this allegedly took place in November 2021 and even reenacting a photo Teyana took in the hospital during that same time.

Now, Teyana was hospitalized in November last year, as the TikTok video says. She posted a picture from the hospital on 11/28 where she revealed that her body gave up and she was exhausted. However, after catching wind of rumors and how folks were going back to that post, Teyana used that same post to address the accusations by editing the caption and proceeding to read the hell out of the Tik Toker. Take a look at the video as well as Teyana’s response below. Whew, Chile! Thoughts?