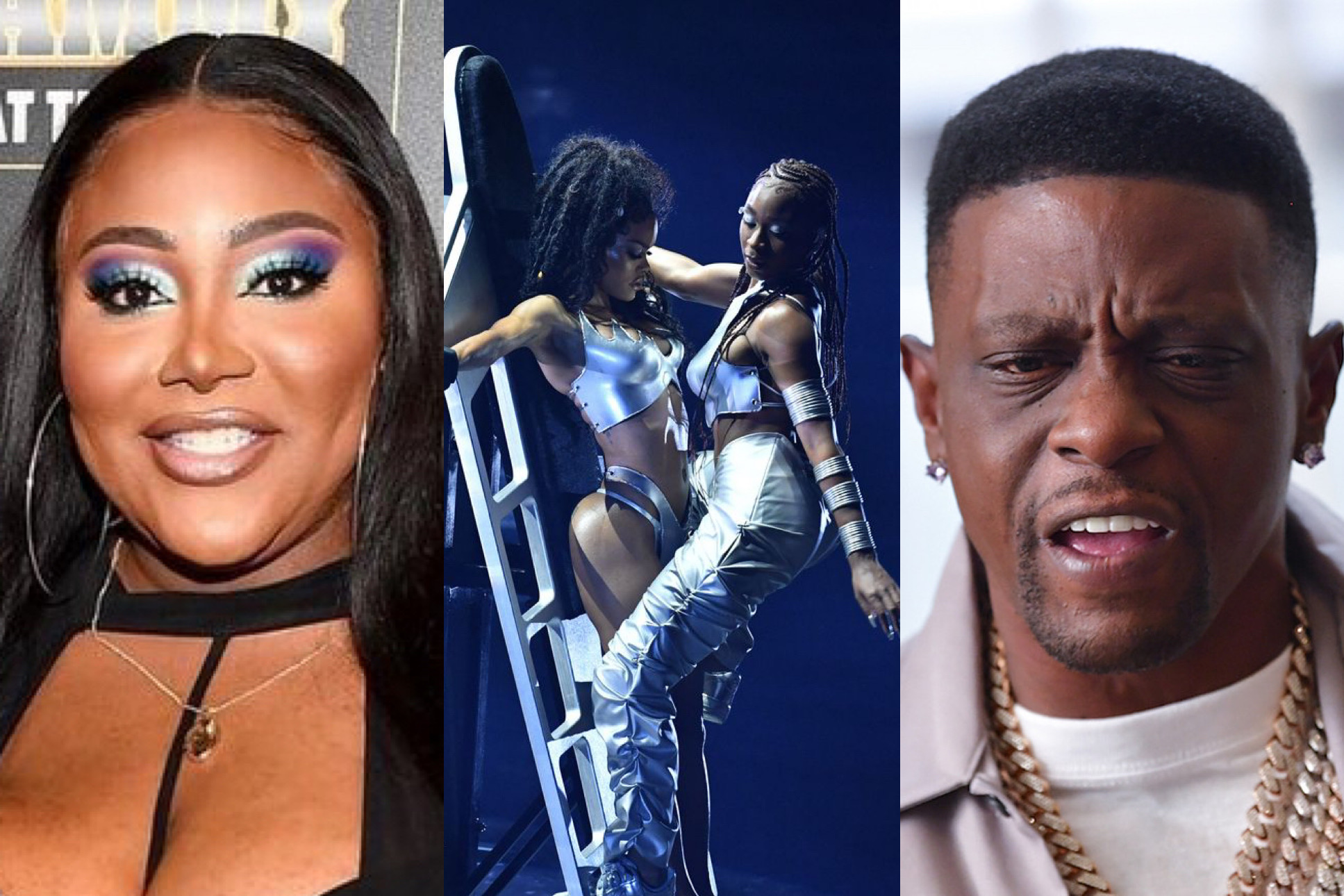 Now, y’all know we love both Teyana and Normani around here but I’d be a liar if I said it isn’t interesting how many who are vocal about Lil Nas X’s antics don’t maintain that same energy when it’s women publicly displaying lesbian images.

There has been much talk about “protecting the children” amid conversations regarding Lil Nas X. The rapper-singer has been unveiling an epic rollout to the arrival of his debut studio album MONTERO this Friday (September 17) and critics have not been silent. Several people have taken offense to Nas X’s “Industry Baby” music video, his performance where he kissed a man, and his promotional material where he is seen wearing a prosthetic pregnancy belly.

Boosie Badazz has been particularly critical of Lil Nas X from his “Satan Shoes” to all of the aforementioned controversies, and now that the MTV Video Music Awards have ended, television star and trans activist Ts Madison is wondering why the rapper hasn’t come forward with his cry about “the children.”

Boosie has previously lamented about Lil Nas Xshowcasing his sexuality and asked how he was supposed to explain the young star’s behavior to his kids. Meanwhile, during the VMAs, Teyana Taylor joined Normani for her performance was seen strapped down to a bondage board while Normani was thrusting and grinding all over her, including putting her crotch in Teyana’s face, in a beautiful nod to Janet Jackson’s infamous performances.

Madison shared a clip of the performance with a message. “Hey [wave emoji] ummm [thinking emoji] ‘WHAT ABOUT THE CHILDREN?’,” she wrote. “Have you all put them to bed or did you figure out a way to explain THIS to your kids [thinking emojis] Personally I LOOOOVED ITâ¼ï¸ But I’m thinkin of YOU and YOUR KIDS right now…… Where is LIL BUS/boosted??? [shrug emoji].”

She caught a bit of backlash and later dropped a video to explain herself while also showing off a few comments she received. I will say, I did see comments speaking against Normani’s performance and calling it “overly” sexual so I don’t want to pretend like these ladies haven’t had to deal with haters of their own. But I do think this opens up a bigger conversation on why folks are only offended when anything “gay” features men rather than women. No word yet on what Lil Boosie thought of the remarks. Check it all out below and let us know if you agree with Madison.