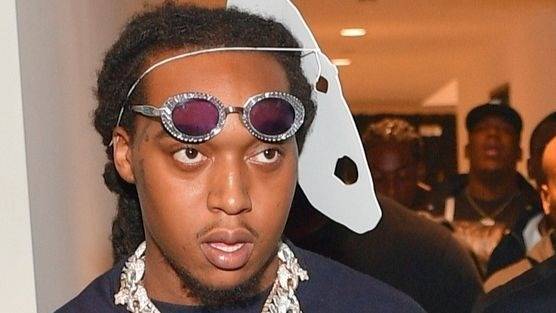 Takeoff’s lawyer denies the rape allegations made by Jane Doe in a lawsuit against the Migos rapper.

Takeoff has denied the allegations that he raped a woman at a house party in Los Angeles. Earlier today, reports emerged that he was being sued by an unidentified woman who claimed that he sexually assaulted her at a house party that she was invited to by DJ Durel. She said that Takeoff had made her feel uncomfortable all night which is when Durel tried to escort her to a bedroom where the Migos rapper allegedly sexually assaulted her.

Drew Findlay, Takeoff’s lawyer, issued a statement to the folks over at TMZ. “We have reviewed the allegations and have similarly done our own due diligence. What has become abundantly clear is that the allegations made against Takeoff are patently and provably false. The claims and statements made regarding this lawsuit indicate that the plaintiffs’ representatives have not spoken with relevant witnesses or reviewed available evidence.”

He added, “Takeoff is renowned for his artistic talent as well as his quiet, reserved and peaceful personality. In this instance, those known personality traits have made him a target of an obvious exploitative money grab. As his counsel, we are well aware and well versed on the importance of civil and criminal prosecution of true sexual assaults. This is not one of those situations.”

LAPD has confirmed that there Takeoff is now being investigated for the incident. However, the lawyer for the victims said he “lost confidence” in the LAPD’s investigation.

Takeoff is being accused of sexual battery, assault, false imprisonment, inflicting emotional distress, gender violence, and civil rights violations. What do you guys think? In a time where sexual assault cases are even used as sources for money and clout…who knows?