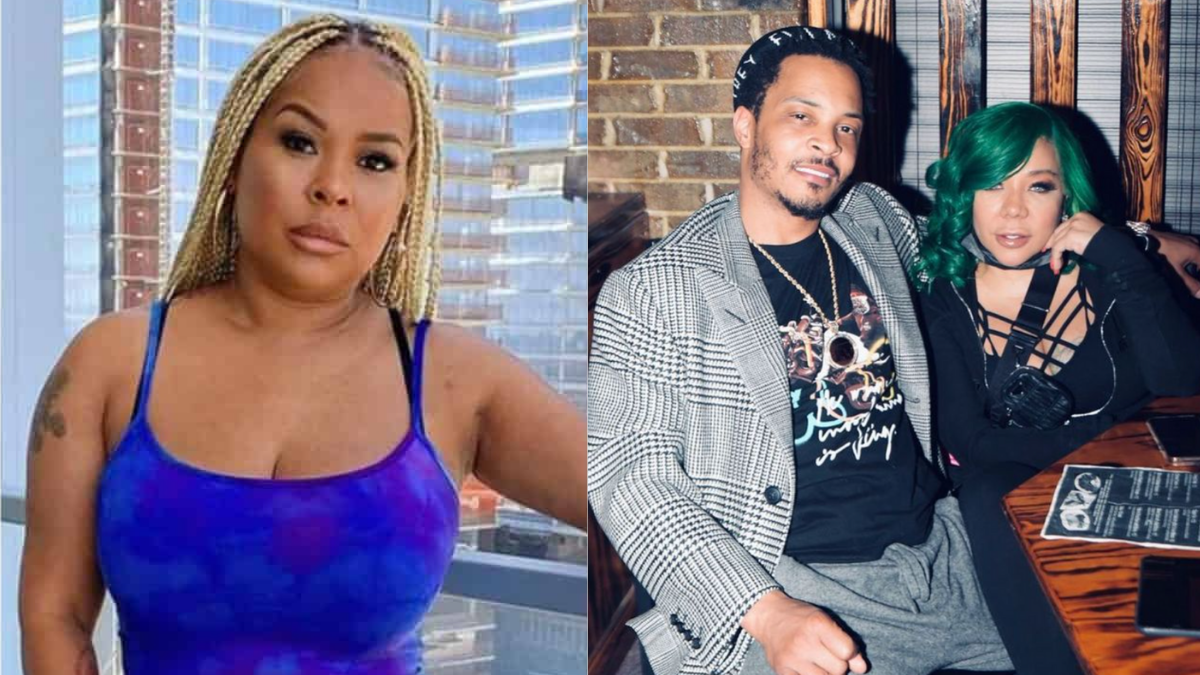 Though nothing has happened legally, Sabrina Peterson just keeps piling on layers to her claims against Tip and Tiny. Her latest allegation is the rapper hired folks to push her off of a building.

Her legal face-off with the Harrises continues and Sabrina Peterson is telling her side of the story. Ever since she popped up on Instagram alleging that T.I. held a gun to her head, Peterson has been at the forefront of the scandal that has shaken Hip Hop. It has been reported that dozens of people have accused T.I. and his wife Tameka “Tiny” Harris of all sorts of sexual misconduct and intimidation, and while the famous couple has denied the claims, they remain under heavy scrutiny.

In a recent sit down with Hollywood Unlocked, Peterson shared new details that have shocked the rapper’s fans. “The first victim allegedly had the same gun that was pulled on me, her three children were forced in the closet at gunpoint,” said Peterson. “She described the same gun [from T.I.]. She described the same exact gun. There’s no way that this woman would be able to vividly describe this gun unless she actually seen this very gun.” She added that she didn’t know the woman and she never described the firearm.

“Oh, he put a silver revolver long-nose all chrome gun to my head,” Peterson continued. “If you look at the pictures of the guns they confiscated, that was one of the ones that was on the table. So, for her to vividly say this and for me to have an eight-year-old that’s been victimized and put on front street with lies… That triggered her.”

“When I posted her thing, the DMs started ringing like a telethon. I’m like, this is a lot,” she added. Peterson claimed that once she heard the story about the girl whose husband was allegedly kidnapped, things took a turn. “One of his people that worked for him came to me and told one of his security guards that was also on his record label, maybe like right when I came home from prison, he was laughing… He was like, ‘You know that n*gga tried to pay me to kill you?”

Peterson alleged that the man told her that T.I. tried paying him $25,000 to take her out. She said she asked the man how it was supposed to go down and he told her that he was set to push her off of a building. In the end, the man allegedly added he decided not to go through with it and Peterson claimed she decided to just “brushed it off.”

Check out the clip of her interview below. What do you guys think of all of this? Do you believe there’s truth to the claims?