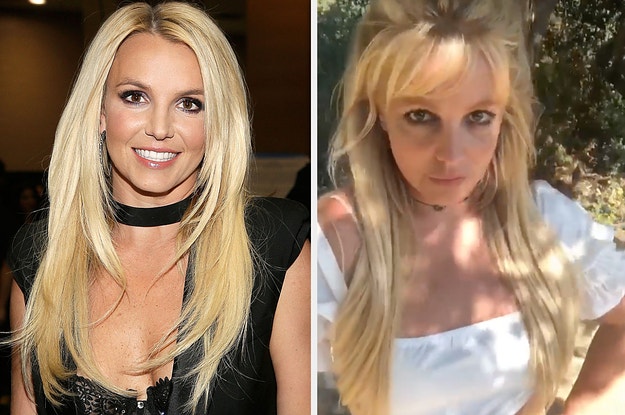 We’ve heard quite a bit about Britney Spears life over the past few years, but never from the singer herself, which always left the public questioning if all the talk we’ve heard around her ‘toxic’ conservatorship was valid…and today, we got that answer but according to Britney it’s worse than fans could have even imagined.

Spears appeared in a Los Angeles court today (June 23) via Zoom. After technical difficulties delayed the hearing, Spears requested that her testimony remain open for all to hear because “they’ve done a pretty good job exploiting my life.”

Spears’ heartbreaking testimony presented her side of the last 13 years of her life, which have been controlled by the conservatorship led by her father Jamie Spears. Spears noted that any claims that she has dementia are false, noting that she had been the one to teach her dancers the choreography for her shows. She also pointed out the medication she has been given over the last eight years, including Lithium which she called a “strong drug.” She compared herself to a sex trafficking victim while describing her life, where she’s forced to work every day. “The people who did this to me should not be able to get away and walk away easily,” she told the courtroom.

“I’ve lied and told the whole world I’m okay and I”m happy,” Spears said, explaining that she was in denial. “If I said that enough, maybe I’d become happy. … I’m in shock. I’m traumatized. … I’m so angry it’s insane,” she said.

“All I want is to own my money… and for this to end… and for my boyfriend to be able to fucking drive me in his car. And honestly…. I want to be able to sue my family,” she said. Spears couldn’t have autonomy of her own body, having been told she was not allowed to get married or have another child. An IUD was implanted against her will. “I truly believe this conservatorship is abusive.”

“I’d like to be able to share my story with the world,” she said. “I want to be able to be heard. By making me keep this in for so long, it’s not good for my heart. It concerns me I’m not allowed to be able to heard. I have the right to use my voice. My attorney says I can’t let the public know what they did to me … I shouldn’t be able to be in a conservatorship. The laws need to change. Ma’am, I’ve worked since I was 17 years old. I can’t go somewhere unless I meet someone every week in an office. I truly believe this conservatorship is abusive, but ma’am there are a thousand conservatorships that are abusive as well. I want to end the conservatorship.

Spears ended her remarks by saying, “I deserve to have a two to three year break. I feel open and I’m OK to talk to you about this. I feel ganged up on, bullied, left out and alone. I’m tired of feeling alone. I deserve to have the same rights, having a child or any of those things.”

The next steps will involve Britney officially filing motions in the proper paperwork seeking the conservatorship to ended. We’ll keep you updated on this case and more information as it comes in. What’s your take on all of this?