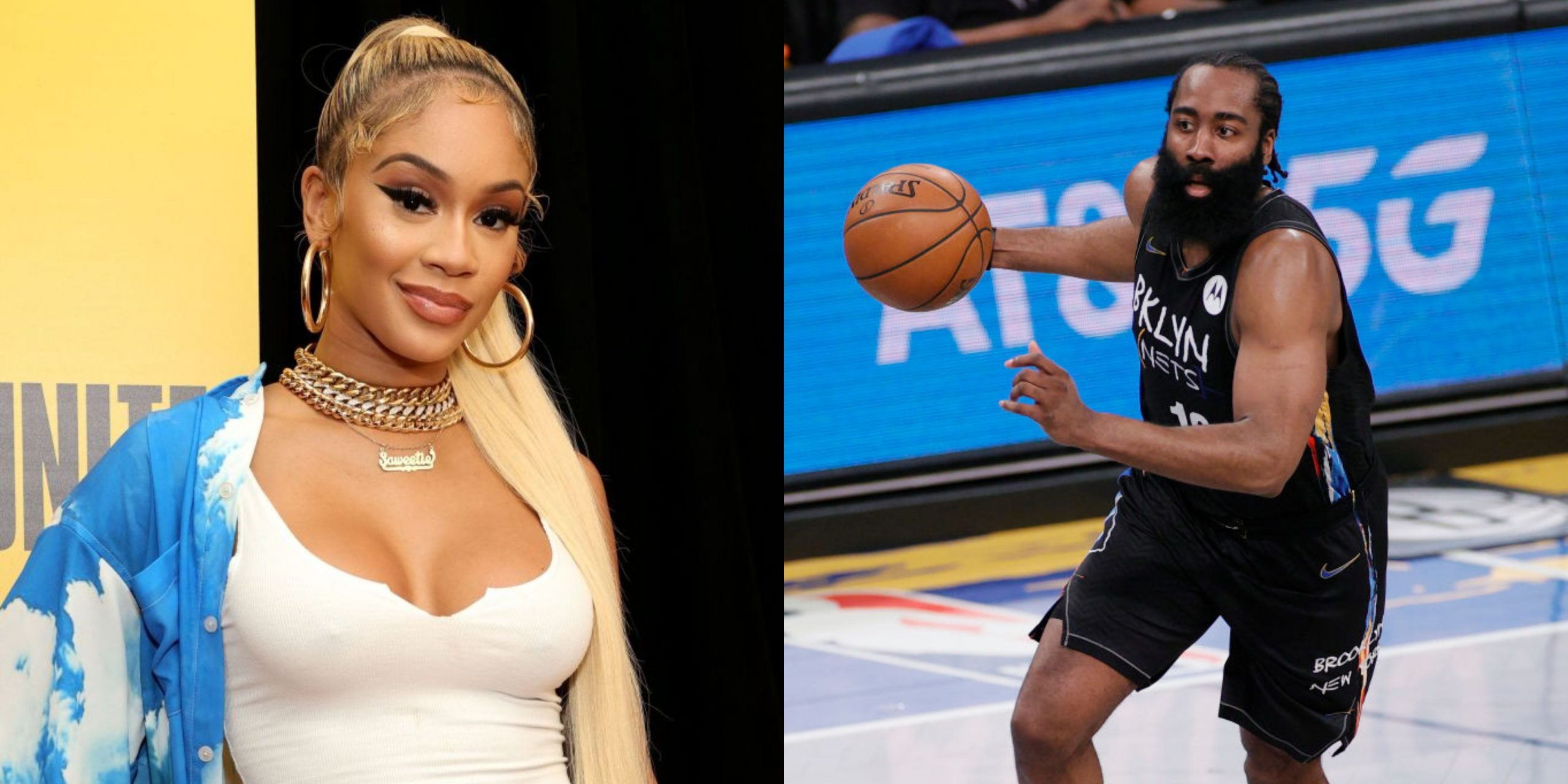 Lately there have been rumors going around that rapper Saweetie went on a date with Brooklyn Nets superstar James Harden. The rumors are presently unconfirmed but, according to some sources, James Harden reportedly sent $100,000 to Saweetie to even go on said date. Of course, there internet is going to internet so they didn’t wait to find out more about Saweetie and Harden’s speculative connection and, people quickly started acting out-of-pocket about it all.

Coming across an article linking the two together, rapper 50 Cent even chimed in on the rumors, asking James Harden what he was thinking sending six figures to Saweetie to go on a date. “Wait he a super star, why the fu*k is he paying a bitch to go on a date,” asked Fiddy on Instagram, reposting the rumors and adding a caption. “See what you did @quavohuncho they don’t know what they like till they see somebody with it SMH LOL Help me understand this!”

Obviously Harden caught wind of these posts as he took to his Instagram story to clap back not too long after they surfaced.

“I’m tired of people creating these false ass stories knowing I really don’t speak on bullshit. Leave me out of all the weird shit. Shit trash. Back to my real life,” he wrote before coming back with another story addressing the talk head on “People really on her just making shit up for clout. I really stay out the way. Cashapp 100k? Beat it.”

So while he shut down the claims of this alleged Cashapp (which was questionable to me because can you even send that much on there?), he didn’t necessarily say that the part about these two dating were untrue. We’ll wait to see what happens there. Do you think Harden and Saweetie could be a good look? Hell, maybe he can buy her that Bentley she’s missing these days. Thoughts?