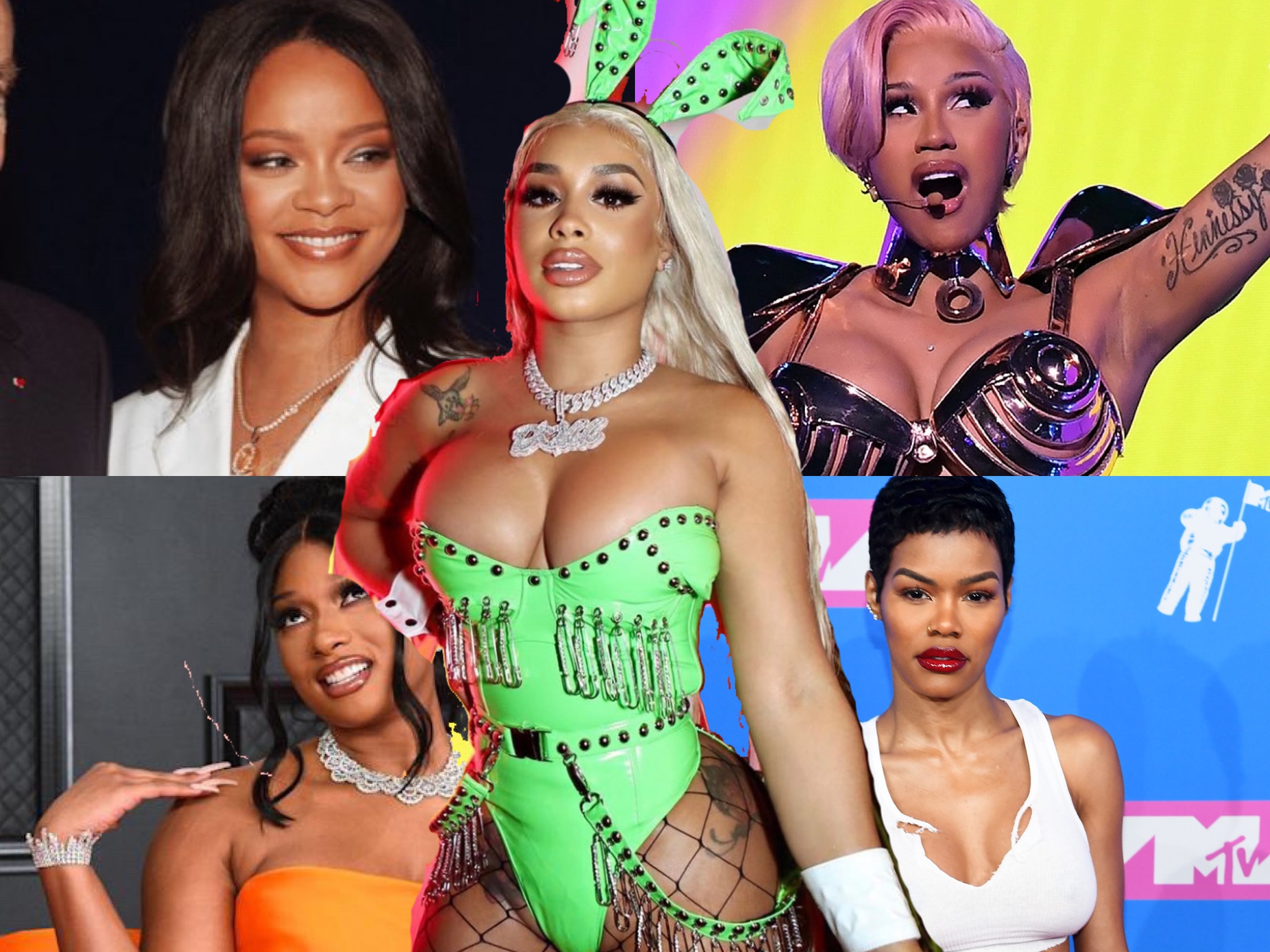 Dream is letting her freak flag fly on her latest single where she name-drops some of the famous women that she wouldn’t mind getting her feet (or other things) wet with, including Rihanna, Cardi B, Latto, Coi Leray, Nicki Minaj, and more.

Our boo DreamDoll is finally getting some time to shine. After years of being underrated and doubted she’s been consistently applying major pressure on the game with her recent freestyles, hopping on the “Toot That” remix with Erica Banks and promising to continue her grind. Her latest track is already garnering a lot of attention where she shows some love to just about every woman in rap, shooting her shot at them as she says she’s thinking of switching teams. Fed up with the way men have treated her, Dream says she wants to spend more time with her female friends, mentioning Rihanna, Nicki Minaj, Latto, and plenty of others as her potential next girlfriend.

Much like The Notorious B.I.G. did on “Just Playing (Dreams),” DreamDoll used the same formula to unleash her latest single “Tryouts,” which she confirms is the first single off of her first project under a major label ‘Life in Plastic 3.’ Dream holds nothing back offering some of her time to Jayda Cheaves, Ari Fletcher, Coi Leray, and other women that are making big moves in the entertainment world. In addition to all the women she name-drops, Dream also mentions some of their respective boyfriends, including Michael B. Jordan (with Lori Harvey), and even 21 Savage (who most of us have figured out is with Latto despite their refusal to confirm.)

Quotable Lyrics:
Somebody tell Draya I’m tryna come f*ck later
And tell Rubi Rose I wanna remove her clothes
I’m tryna take Keyshia away from Gucci
On the low, yeah, I’m really tryna see if Suki got the good coochie
Real talk, I need Rihanna, all this Fenty I copped
I told her one night with me, her album never gon’ drop
I’m tryna ride my bitch Megan like a Stallion
Do the crybaby on it, have Pardi in the room like, you wildin’

Dream has been getting a lot of positive comments about this song and deservingly so. We’re excited to see where this one goes for her. Check it out below and let us know what you think of it! ISSA BOP OR ISSA FLOP?