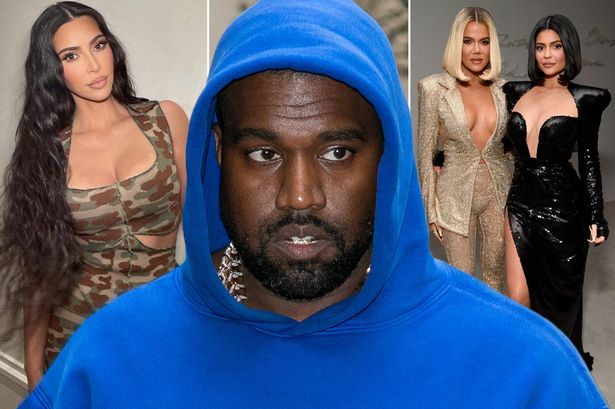 Kanye West is clearly no longer keeping up with the Kardashians and continues to move on quickly. Not only does he have a new boo thang in model Irina Shayk but he just hit that unfollow button on the whole family.

Kanye West is slowly distancing himself from Kim Kardashian and her family. According to a report from Page Six, West unfollowed his estranged wife on Twitter, as well as her entire family.

Following his six-year marriage to K, Kanye West has officially cut ties with the billionaire socialite, unfollowing her on Twitter. It’s unclear when Kanye pressed the unfollow button on Kim, Kourtney, Khloé, and the rest of the family, it is worth noting, however, that he still follows only one person on Instagram, and that’s Kim. On Twitter, he’s still following dozens of Kardashian fan pages. So we’re sure it’s no bad blood but maybe he no longer wants to see their every move?

We told you earlier this week that Kanye started dating supermodel Irina Shayk. The two have reportedly been dating for a few months, most recently taking a trip to France this week to celebrate the creative’s birthday. They have history, working together as part of numerous YEEZY runway shows. Irina was also featured in the music video for “Power” and she was name-dropped in “Christian Dior Denim Flow.”

Ironically, Kanye stopped keeping up with his estranged wife’s family on Twitter the same week that their longstanding reality series, Keeping Up With The Kardashians, ended. Do you think he will end up getting back together with Kim or are they officially done for good? It’s still a bit sad to see this all actually playing out, right?