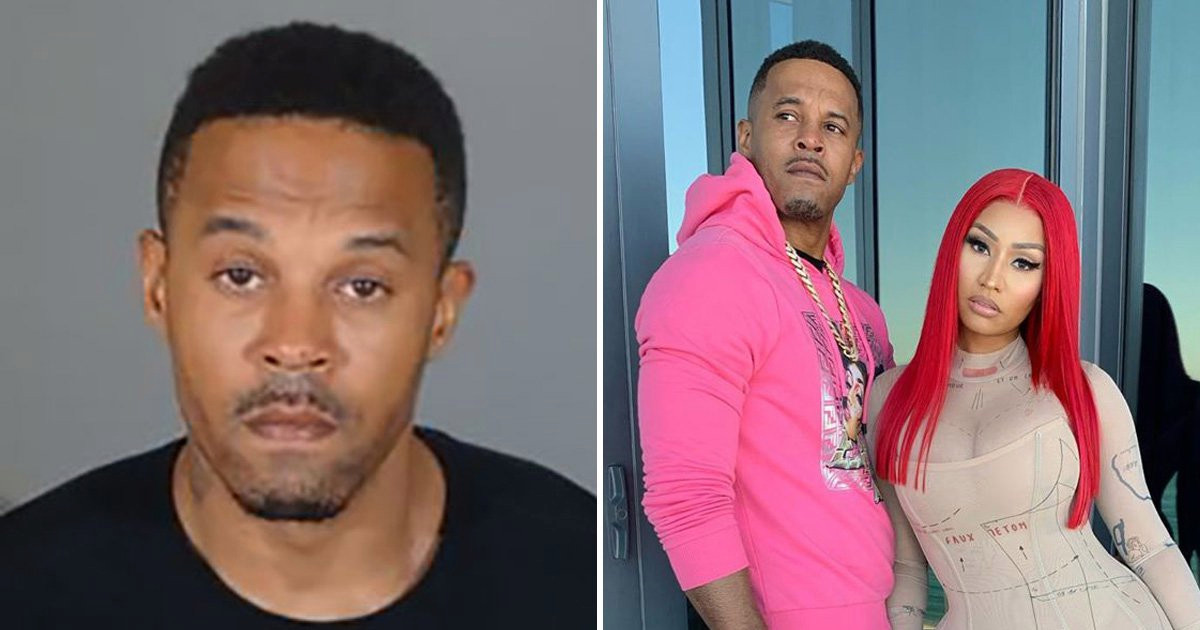 Perhaps if he spent less time looking like a prop in the background of Minaj’s social media posts, he’d be able to better prepare to deal with his heinous legal obligations.

Nicki Minaj’s husband, Kenneth Petty could be looking at spending more time in what’s become his second home (prison), after he failed to register as a sex offender when he and his proud bride first moved to California from New York. After months of media attention on the case, he is still not prepared to go to trial. For those unaware Petty spent four years locked up after being convicted in 1995 for first-degree attempted rape, leading to the sex offender label.

Petty was arrested and released on a $100,000 bail after he did not register in Los Angeles. He has requested a continuance in his trial for his recent misdemeanor, as apparently he believes it would not be a fair trial otherwise. The trial was originally supposed to start June 29th, but according to documents obtained by the folks over at Radar, Petty has asked the judge to push it back a few months. He is asking for extra time so that his attorneys can review the evidence in his criminal case. The evidence reportedly includes 800 pages worth of reports, audio recordings, videos, and other discovery items.

It should also be noted that Petty and his bride have been accused of allegedly harassing his former victim and her family over the last few months in attempt to get her to recant her story believing that it may help Petty with this current pending case. That’s some pretty dark shit, right?

Minaj has supported her husband and stood by him throughout all of the recent allegations and legal drama, even with his previous conviction and criminal charges, claiming he is a changed man and takes good care of her and their son….Choices. As of right now, the judge has yet to make a ruling on Petty’s request. What do you guys think of this mess?