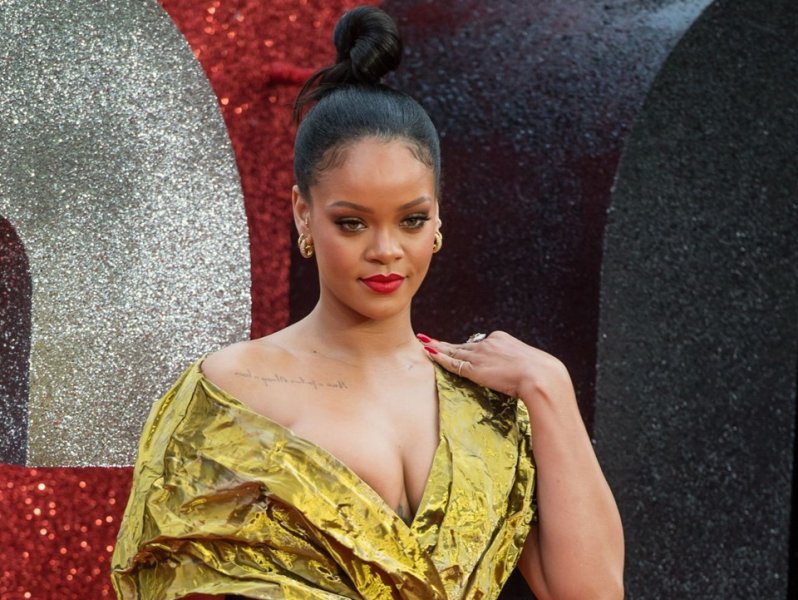 Ladies and gents, The Right Honorable Robyn Rihanna Fenty. You know, I think Rih has been on top for so long that often times how far she’s come in the game goes unnoticed sometimes if that makes sense, but Barbados is making sure they give this Queen her flowers!

She had been bestowed several honors from her home country, and Rihanna is adding yet another to the growing list of accolades. The international superstar was once again at home in Barbados for another celebration—this time to witness the island country cut ties with the British as it declares itself a Republic. Prime Minister Mia Mottley not only met with the Prince of Wales during the day but during a ceremony, she recognized Rihanna as the country’s National Hero of Barbados.

The event took place in Rihanna’s hometown of Bridgetown and Prime Minister Mottley stated, “May you continue to shine like a diamond and bring honor to your nation by your works, by your actions.” Of course, that was a nod to the singer’s hit track “Diamonds” which was released back in 2012.

The Fenty mogul was in attendance and was also in Barbados to see the swearing-in of the country’s new president, Governor-General Dame Sandra Mason. Now that the Queen is no longer the head of state, Barbados will see new changes implemented in the years to come. Back in 2018, Rihanna was also given the title of Ambassador Extraordinary & Plenipotentiary of Barbados where she holds the responsibility of helping drive tourism and investment to her native country.

Rihanna, who was born in Barbados in 1988 as Robyn Rihanna Fenty, can now add The Right Honourable before her name as a National Hero. The honor has only been given to 11 people, and Rihanna is the second woman to receive it, as well as the youngest ever. “I have travelled the world and received several awards – but nothing compares to being recognised in the soil that you grew in,” Rih stated in a speech given this morning. 2021 has been a year of accomplishments for the singer — prior to being named a National Hero, Rihanna officially became a billionaire in August, making her one of the most successful entertainers working globally today. Check out a snippet of the ceremonies below. Congratulations Rih!

BREAKING: Rihanna is conferred with the honor of National Hero of Barbados by the prime minister pic.twitter.com/I036f4O2zx