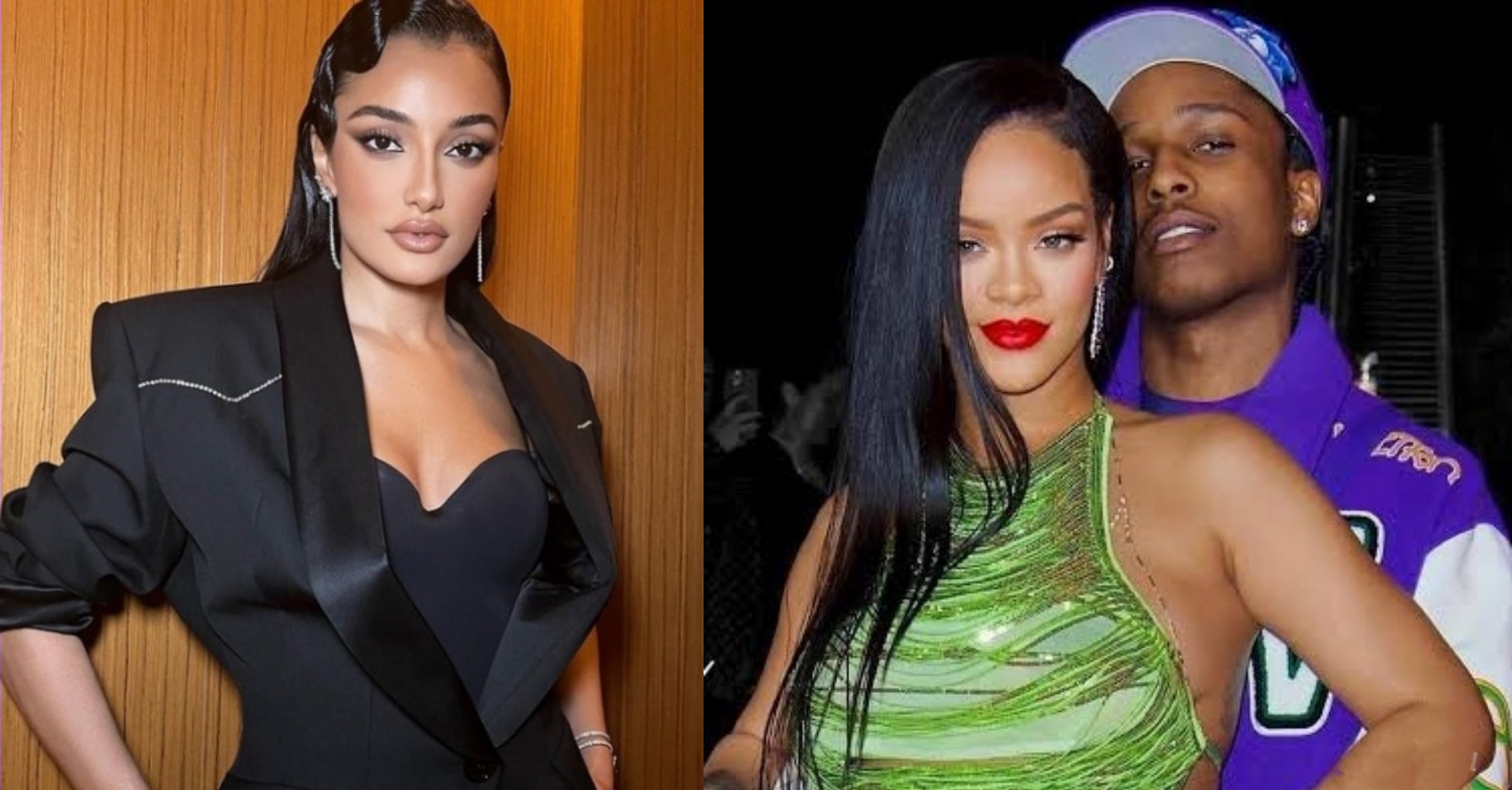 The internet was on fire when the rumor mill began speculating that the pair had split yesterday, now those actually connected to the incident are here to extinguish that fire and shut the gossip down.

No need to panic – Rihanna and A$AP Rocky are doing just fine, sources say. If you were online yesterday, you may have heard the rumours floating around that the “F*ckin’ Problems” hitmaker had a new problem as he was allegedly caught in an act of infidelity, prompting his pregnant girlfriend to break up with him, but as TMZ reports, that’s simply not the case.

A source “directly connected to both artists, [and] who has regular interaction with them” has told the outlet that neither claim is true. “100% false on both counts,” they shared. “1 million percent not true. They’re fine.”

It was said that Rocky was cheating with Amina Muaddi, a shoe designer who’s previously collaborated with the 34-year-old on her LVMH Fenty brand, which was shuttered back in 2021. On Friday afternoon, Amina took to her Instagram Story to explain her delay in responding to the rumours, clarifying that she didn’t think they would be taken seriously whatsoever. “I’ve always believed that an unfounded lie spread on social media doesn’t deserve any response or clarification, especially one that is so vile,” she began. Muaddi went on to say that she felt the need to speak up because, not only is the rumour directed towards her, but also “people [she has] a great amount of respect and affection for.”

As you may recall, the rumors initially surfaced on Twitter from a Paris fashion influencer and writer known as Louis Roma (@ Louis_via_Roma) Well, Roma is now backtracking on his claims (likely after Amina and Rihanna’s Fenty corp came knocking on his door) issuing a public apology via the same platform the rumors were started, Twitter.

“Hi all, so I’d like to address the situation. Last night I made a dumb decision to tweetsome information I had received. I’m not going to talk about sources, blame others for a discussion that was started, etc because at the end of the day I made the decision to draft that tweet, press send and put that out with my name on it,” he started. “So I’d like to formally apologize to all parties I involved with my actions and for my reckless tweets. I fully accept the consequences of my actions for my tweets and any harm they caused. I have no excuse for it, I’ve been way too wrapped up in Twitter drama and unfortunately leaned into being messy as a brand which issomething going forward I’m going to move away from. I’m going to take some time away from Twitter to figure out what that looks like and how I can start using my platforms better as I’ve gotten away from using them for more positive work. Again I apologize to them for this unnecessary drama.”

Whew, Chile! It’s funny how the internet went so hard to put Rih and ASAP together for years before it was really even a thing and then was quick to do the same when it came to rumored demise. Rih’s so damn cool that I doubt she really cares but I am glad that they were all able to quickly put these rumors to rest and can enjoy what should be one of the happiest times in their lives as they prepare to welcome baby ASAP Fenty. Thoughts? Did you believe the rumors?