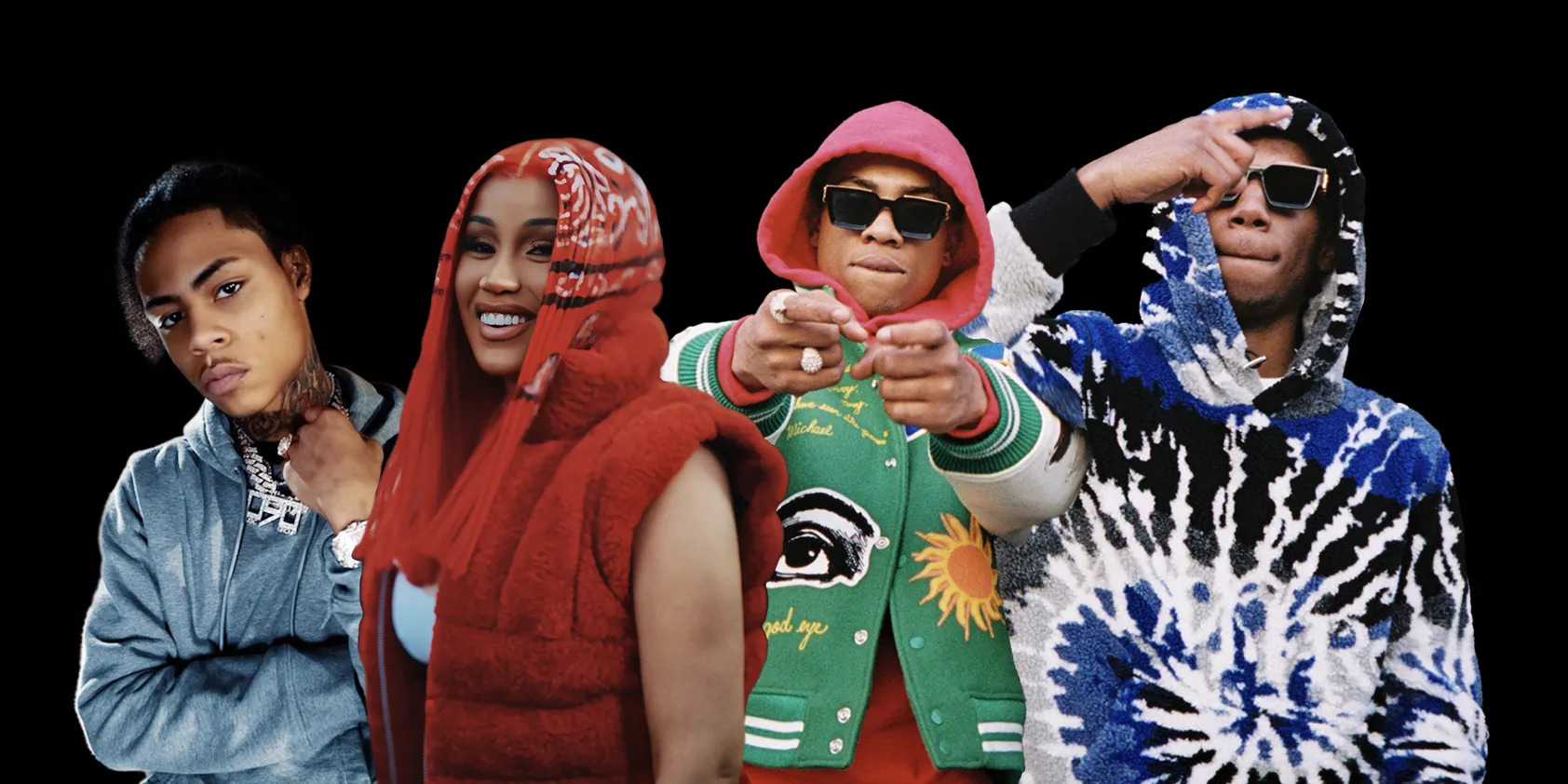 I always say Cardi B is a chameleon and her effortless versatility is pretty unmatched. She can always give you music to have fun to (WAP, UP), she can give you a little R&B (No Love, Wildside), commercial, pop (I Like It, Rumors), and she can always take it back to the Bronx where it all started… Insert “Shake It.”

Cardi B caused quite a frenzy online a little over a week ago when she was spotted in NYC shooting a video in NYC, based on her red bandana inspired look and the snippet of the track, fans were hype for what they expected would be a street record for Bardi and they got exactly that. For her latest musical contribution, Cardi shifts things back to a sound reminiscent of her mixtape days (Gangsta B*tch Vol’s 1 & 2) thanks to some help from Bronx rappers Kay Flock, Dougie B, and Bory300. Together, the four joins forces for their raw drill record, “Shake It.”

While the new song, which samples Sean Paul’s “Temperature” and Akon’s “Bananza (Belly Dancer),” is short, it’s defenitely effective. The energy of the track alone makes it perfect for that summer weather, seeming tailor made to be the soundtrack for us to head outside. It arrives with a visual that watches Cardi, Dougie B, and Bory300 take over a Bronx street corner as they’re surrounded by their crew members who are either draped in red or blue. Cardi herself sports a bright red wig as she absolutely kills her verse on the song which seems to be all social media can talk about right now as the song trends.

QUOTABLE LYRICS:
Like, huh?, like, what?
None of these b**ches is tough
I’m with the sh*ts and it give me a rush
Shorty be lookin’, think she got a crush
I’m not a step up, b**ch, I’m a stomper
All of my opps get mixed with the grabba
Broke b**ch said she was gon’ touch me
She lyin’, hakuna matata

Take a look at the video for “Shake It” below and give us your verdict. ISSA BOP OR ISSA FLOP?