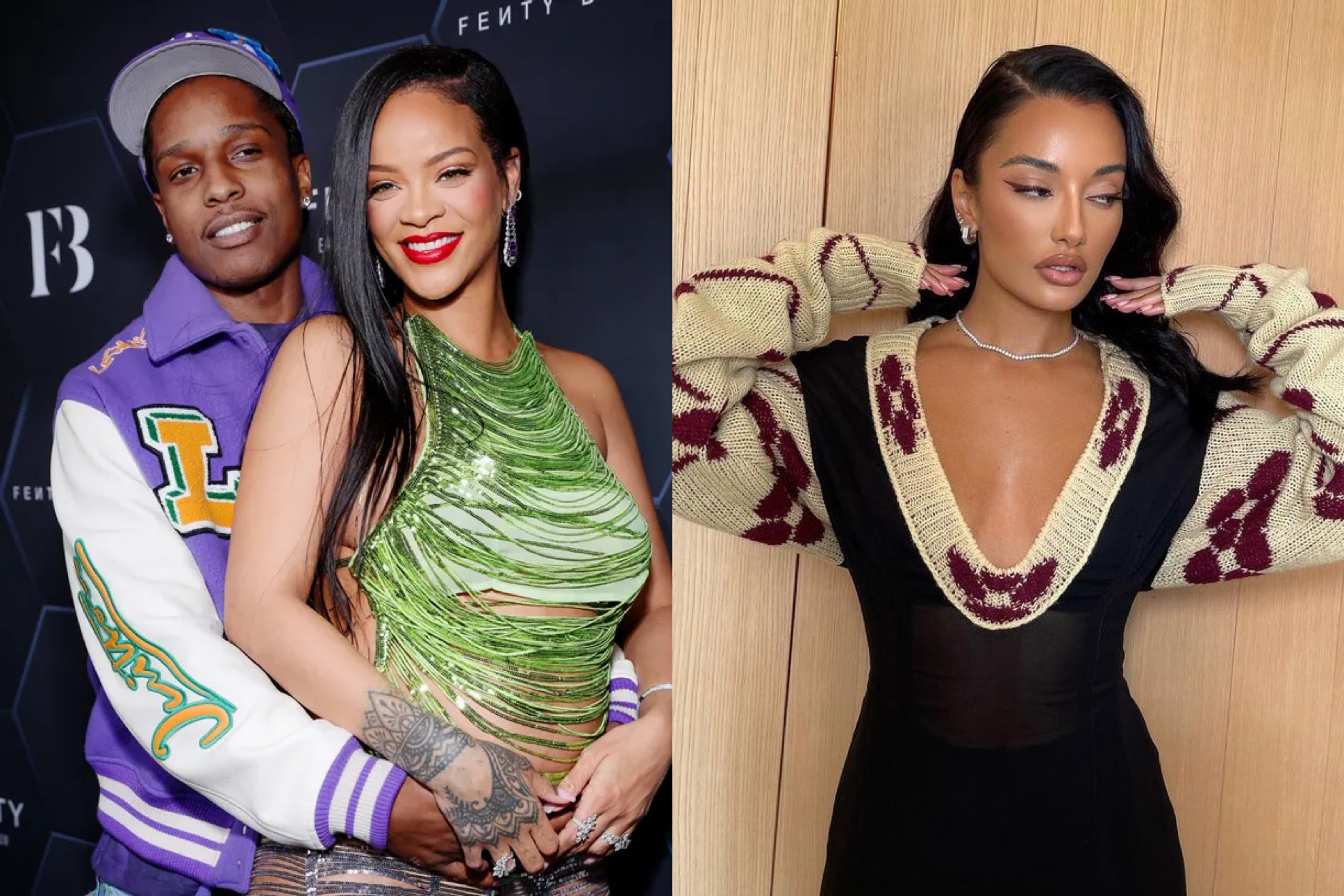 Initially I didn’t want to touch this one because I honestly hope it’s not true and also whether it is or isn’t, a pregnancy should be one of the happiest experiences of a woman’s life and I hate that Rih has to see these rumors during it.

Isn’t the internet something? They put Rihanna and ASAP Rocky for years without it being confirmed by either one of them and now they’re doing the same when it comes to suggesting they’ve broken apart. After first being linked all the way back in 2013, Rihanna and ASAP Rocky have since become the media’s coolest couple. The singer and rapper have worked together multiple times over the years, sparking their fair share of relationship rumours along the way.

Though after a certain point it became obvious that the rumors of their relationship were no longer fan fiction, it wasn’t until May 2021 when it was confirmed as ASAP gushed about Rih during an interview for GQ, calling the singer “the love of my life” when asked about their relationship. He then also called her “my lady.” In January of this year, the two broke the internet with news that they were expecting their first child together and since folks haven’t been able to stop talking about Rihanna’s undeniable commitment to her own style during her pregnancy, that is until now, where the talk around their relationship seems to have gone sour. Yesterday, rumors began that Rihanna actually broke up with A$AP Rocky.

It all started with a short tweet from Paris fashion reporter LOUIS_via_ROMA tweeting: “Rihanna & ASAP Rocky have split. Rihanna broke up with him after she caught him cheating with shoe designer Amina Muaddi.” While nothing is confirmed, LOUIS_via_ROMA is claiming this all happened in Paris during Fashion Week. Now, we don’t know if it’s remotely close to true, BUT of course it has led to all types of think pieces and thoughts being shared to where the subject has now become the top trending topic on Twitter. It should also be noted that Amina just shared a photo of Rih a few hours ago so that would certainly be strange if all of this was really falling out.

Take a look at the receipts and some of the reactions below. Do you think there’s any truth to this? Honestly, I don’t even see Rihanna caring enough to clear it up either way. That’s just now her style. Thoughts?

Rihanna & ASAP Rocky have split. Rihanna broke up with him after she caught him cheating with shoe designer Amina Muaddi.

Amina was responsible for designing Fenty’s footwear offering and Rihanna is often seen in custom shoes from her own label.

Things apparently hit the fan at Craigs in LA

"Hi Rihanna, it's a rocky situation… but you can come back to me ASAP" pic.twitter.com/LmHXX2hYGT

Me finding out Rihanna and asap have broken up but I have yet to seen an actually valid source to confirm pic.twitter.com/vKoYRID7X3

“ASAP Rocky… is cheating… on Rihanna… with… Amina Muaddi, yea, that’ll get the people going” pic.twitter.com/QGPRVQfqzt

Ain't no way a$ap rocky cheated on Rihanna, get me help asap this news is rocky. pic.twitter.com/FPwY8jgpWd

i do not believe Asap Rocky cheated on Rihanna. i refuse to believe he’s that dumb.

Asap cheating on Rihanna just further proves that ain’t no one safe, mf be cheating just to cheat pic.twitter.com/vdY06o193W

If asap rocky really did cheat on Rihanna with Amina muaddi, why is she posting Rihanna on her story?? Like if it’s true that’s so twisted 😭 pic.twitter.com/ISmn4nKuqe