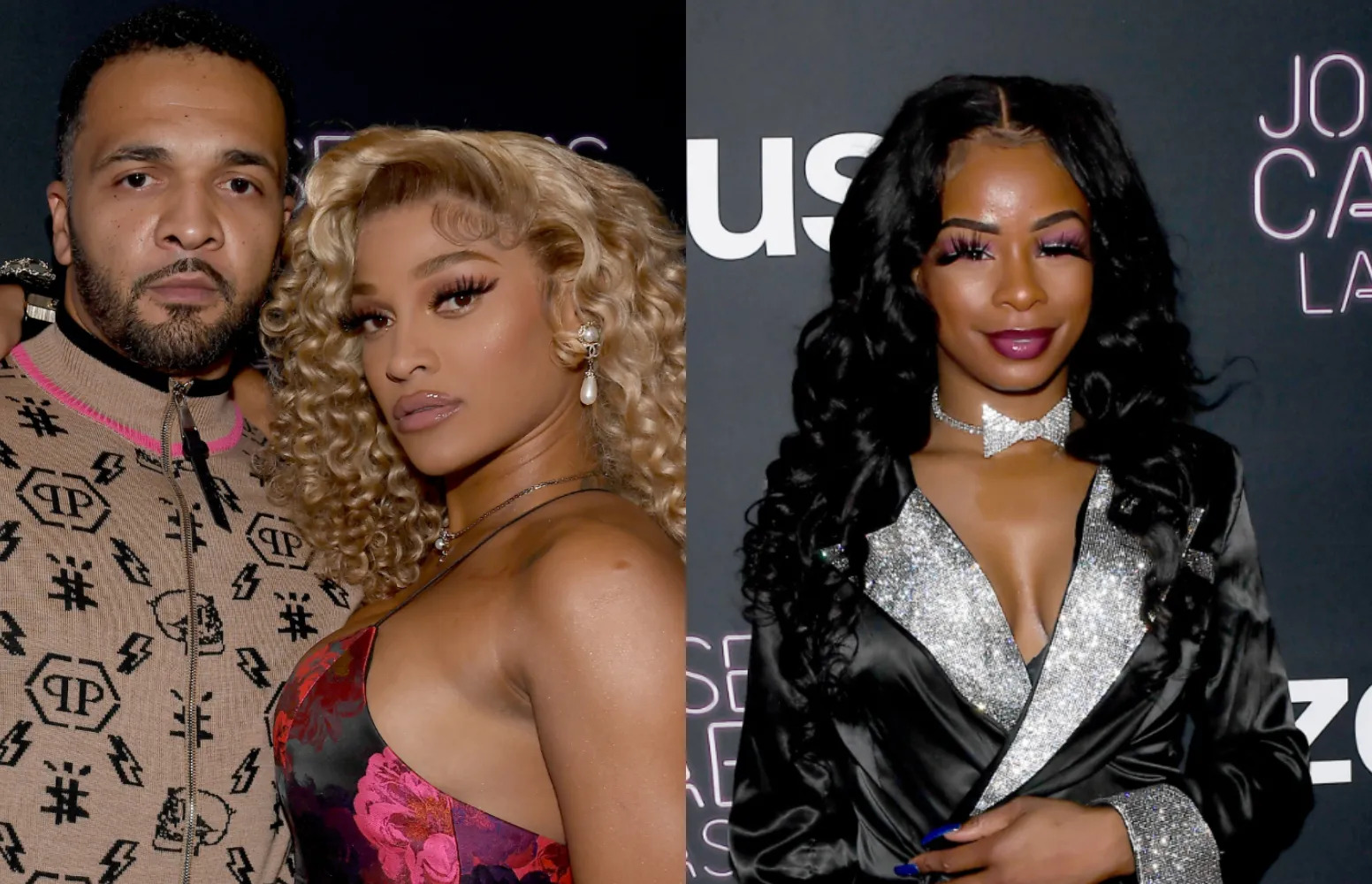 Joseline literally tweeted a play by play breakdown of how she committed the violent acts she’s accused of shortly after the news initially surfaced, so it’ll be interesting to see how she wiggles that a** out of this one.

I don’t think at this point anyone in their right mind thinks that they’re signing up for a kumbaya meeting meant to empower women when entering Joseline’s Caberet, however they may not think they’re signing up for WWE Smackdown either. Joseline Hernandez is renowned for her fiery persona on TV, but the reality staple is now tasked with extinguishing a lawsuit to the tune of $25 Million. As previously reported, chaos erupted at the reunion taping of ‘Joseline’s Cabaret’ – with one cast member, Amber Ali, claiming to have been assaulted by Joseline and even her partner Balistic Beats at the taping. (Yes, you read that correctly)

Now according to TMZ, four women in total are accusing Joseline of ambushing them on set and laying the smackdown on them. According to court documents, the ‘Do It Like It’s Yo B-Day’ performer allegedly kicked one of the women in the ribs. Another says Joseline dragged her by her hair and kicked her in the back. A third contestant claims the former ‘Love & Hip-Hop: Atlanta’ star grabbed her by the neck and tossed her to the floor, while the fourth asserts she was shoved and verbally threatened with further violence.

Collectively, the ladies are suing for assault and battery. The filing alleges Joseline then took to social media to effectively confirm her actions and mock them too, which… well, she did. Back in March, after Amber Ali took to Instagram live from her hospital bed, Joseline took to Twitter and pretty muchconfirmed the altercation, saying, “I mortal kombat one h*e, pimp slapped another one. Pushed one into last night’s episode. Kicked down a few on the ground. I slapped fire out of everyone on that stage. Me n my crew wait for it.”

Joseline added, “Keep crying from your hospital bed with your broken ribs. One kick you flew into next day.. And for you dumb b***hes when you sign up for a reality show you CANNOT file a lawsuit against anyone on the show.”

Well, that last statement didn’t age well, as these women most certainly DID file this lawsuit. Now, how it will play out is a different question. Do you think Joseline should be required to compensate these women? Do you think this will affect the future of her Zeus Network reality show?

Accusations? Ma’am you told us you mortal Kombat kicked someone last night!😭😭😭 pic.twitter.com/h9i8bmvyTP 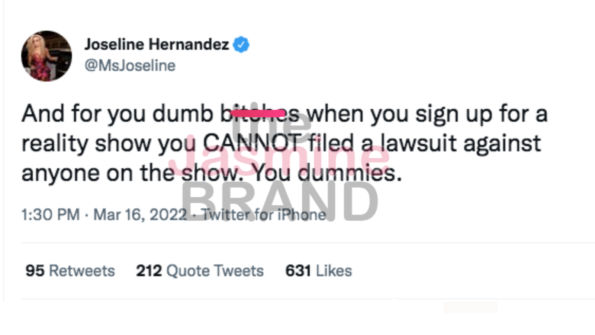