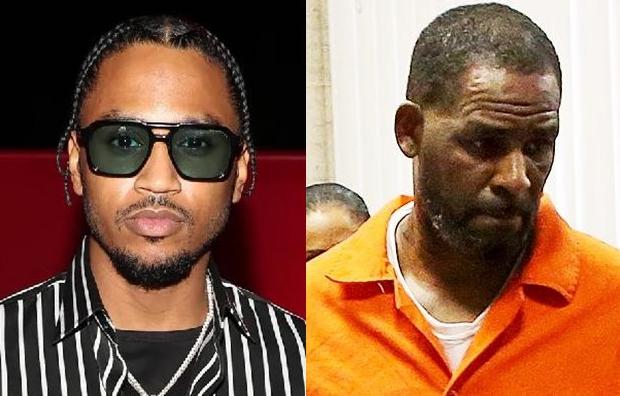 Trey Songz hasn’t been dropping hits lately, however he has been racking up and subsequently dodging sexual assault charges left and right. But according to former Joe Budden Podcast co-host Rory, there are more accusations out there and in time he will look even worse than R.Kelly. Yikes.

“In 15 years however long it’s gonna be, that Trey Songz doc is gonna be crazier than the R.Kelly one,” he begins during what looks to be an Instagram Live session. “Trey Songz is the most nasty, abusive, rapey, beats the sh*t out of women. Like hthe scum of the f***ing Earth. Trey Songz is f***ing disgusting. Like, his doc is going to surpass, if you ever thought you could surpass an R.Kelly doc, I promise you in 15 years Trey Songz will. He’s an awful human being, like a terrible, terrible f***ing human being. Somebody is going to knock him the f*** out.”

Rory then added that he knows at least 15-20 women personally who all have allegedly had similar experiences with Trey Songz after an unidentified woman in the video points to it sounding like he knows who that person is that would deliver a fade to Songz. “This isn’t one story. This is personal that I know with, and I’m not even exaggerating, close to 15-20 women, all with the exact same experience. That I know not to be liars at all,” he continues. When a commenter points to the “Bottoms Up” crafter recently being cleared of charges, the Rory and Mal host responded, “I’m not talking about the charges he was charged with. I have no idea who the f*** charged him for the sh*t. I’m talking about my personal experience with women I know personally. He’s an awful human being.”

The charges the commenter was alluding to stem from an alleged incident in Las Vegas, which he has been cleared of. Earlier this year, he was also accused of r*pe by former UNLV basketball star Dylan Gonzale, but she has yet to file any charges, opting to only speak on the incident in a social media post.

Keke Palmer accused Songz of using sexual intimidation to appear in hismusic video in 2017. Is Trey Songz reckoning on the horizon?  The allegations continue to pile up and you know what they say, where there’s smoke, there’s fire. Thoughts? Peep the clip below